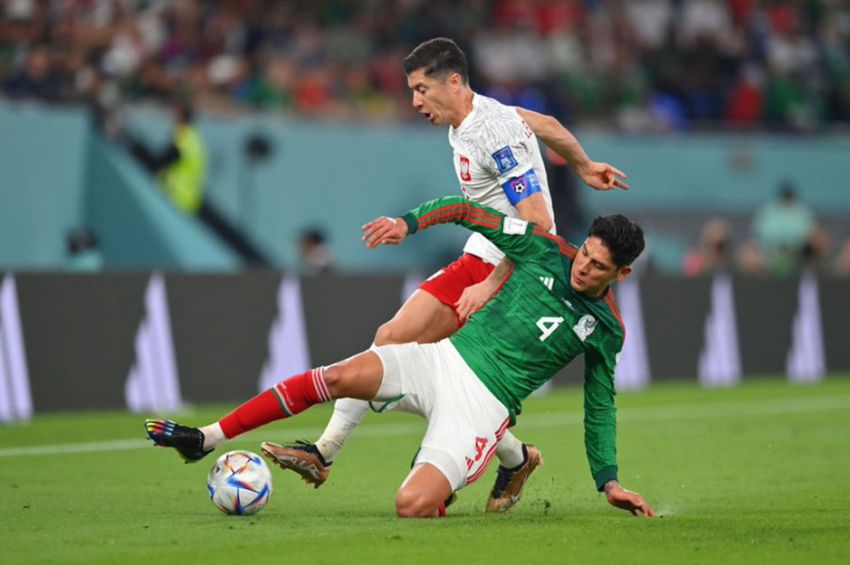 Robert Lewandowski is in the middle of a duel with Mexican players in the opening match of Group C 2022 World Cup / Photo: Polish national team Twitter

DOHA – Mexico successfully held Poland to a draw in the opening match of Group C World Cup 2022 at the 974 Stadium, Wednesday (23/11/2022) in the morning WIB. Robert Lewandowski failed to become a protagonist after his penalty kick failed to score.

Since the Whistle sounded, Mexico immediately took the initiative to attack. The first opportunity came in the fifth minute, it’s just that Alexis Vega’s shot failed to meet the target.

Mexican National Team seemed able to put pressure on Poland. The team nicknamed El Tri almost took the lead in the 12th minute. However, Hector Moreno’s shot was still far from the target.

The Polish national team can’t seem to escape the pressure. It’s just that, the Mexican national team has also not been able to complete the number of opportunities it has managed to get.

The Polish national team goalkeeper Wojciech Szczesny also continued to work hard to secure his goal. Thanks to his hard work, Poland was able to end the first half in a draw, with the score 0-0.

As soon as the second half started, the Polish national team tried to get up. Entering the 55th minute, Poland was awarded a penalty after Lewandowski was fouled in the forbidden box.

Lewandowski steps up as executor. However, Lewandowski’s shot was read by the Mexican national team goalkeeper, Guillermo Ochoa. After that, the Mexican players immediately launched an attack.

In the 64th minute, Mexico came close to scoring, but Henry Martin’s shot was saved by Szczesny. Not yet giving up, Poland continues to look for loopholes.

Entering the final minutes of the match, both teams continued to launch attacks. Poland again had the opportunity in the 81st minute. However, Kiwior’s shot bounced over, and the match ended with a score of 0-0.

Kurti: The US is in contact with Brussels about the situation in the north of Kosovo