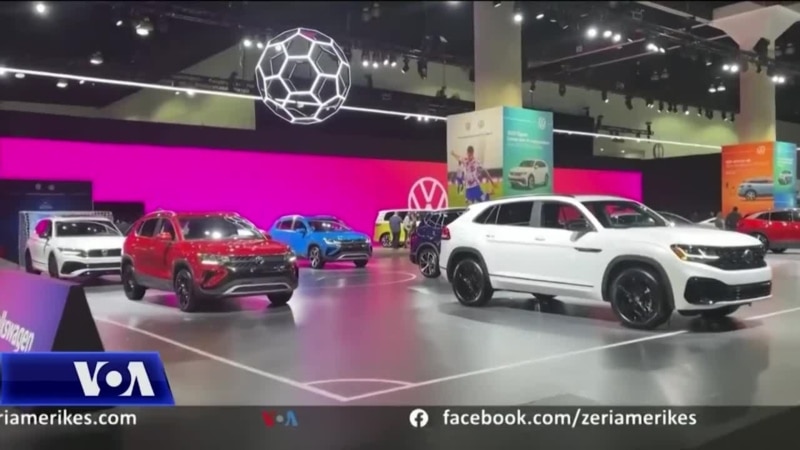 One of the largest car fairs in the world has opened its doors in the city of Los Angeles, California. This year’s theme is high-tech and electric vehicles. The VOA team spoke with industry experts who say the future belongs to the electric car industry.

Over a thousand vehicles are on display at this year’s show in Los Angeles, as the event celebrates its 115th anniversary. Ricardo Rodriguez-Long is with the Hispanic Motor Press Foundation.

“The fair offers opportunities for consumers to see and touch all the new cars that are coming to the market and learn about the technologies that these cars have.”

“The trend towards electric cars and also the alienation of all motor models is increasing. “Almost all companies produce cars with internal combustion engines, but they also have hybrid and electric cars.”

This is especially important in California, one of the largest car markets in the world. California has set the year 2035 as the limit when the sale of cars that pollute the environment will not be allowed in that state.

“We have reached a turning point in the adoption of electric cars”, says Octavio Navarro, automotive industry expert.

“Two years ago, maybe 20 models were on the market, while today we have over 40 of them. We have a variety of electric vehicles, from small cars to trucks.” he says.

The Ford company is exhibiting the electric Mach E model. Dodge has brought the Charger Daytona SRT model to the fair. Volvo and Kia also participate in the fair.

The luxury company Porsche is competing in the electric car market. The Vietnamese firm VinFast has also entered the market with two electric cars in an attempt to attract attention.

But Hyperion’s XP-1 Hypercar, which uses NASA’s H2, electric car and hydrogen technologies, can be charged in 5 minutes and costs $2.5 million.

“These are extravagant vehicles and there is definitely a market because it has been tried before by Lamborghini and Ferrari. This futuristic car has a breakneck speed and 2,000 horsepower, it’s almost like a rocket.” says expert Ricardo Rodriguez-Long.

Many lower-cost models from well-known firms such as Toyota have been exhibited at the fair. Regardless of the size of the vehicles, models and uses, the fair is a clear indication that the future belongs to electric cars.