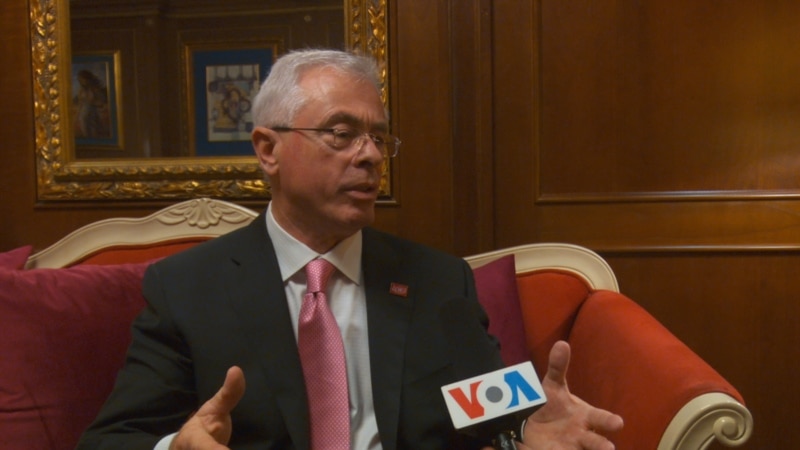 The Albanian-American activist and businessman, Harry Bajraktari, sees as a priority the conclusion of the negotiation process for the normalization of relations between Kosovo and Serbia, to pave the way for the further development of Kosovo.

In a conversation with the Voice of America, during a visit to Kosovo with a delegation led by the American legislator, Ritchie Torres, Mr. Bajraktari said that there is a lack of political will in Serbia to complete this process.

“I think it would be very good for Kosovo to finish the final talks with Serbia, where Serbia recognizes Kosovo and Kosovo recognizes Serbia and life goes on. I think that the people of Kosovo are looking for this, it would be good to finish, but Kosovo does not have this in hand, it is Serbia that has it in hand. Serbia is playing the games it has been playing for a long time,” it is.

Mr. Bajraktari sees the increased American commitment as necessary to guarantee the fastest possible conclusion of this process.

Mr. Bajraktari, who is known for his continuous commitment to the issue of Kosovo, said that it is time for the Albanian community in America to work harder in maintaining the partnership of the United States with Kosovo.

“It was good for our community to take it to Michigan, Boston or wherever there are Albanians to concentrate to make friends in the American senate or congress. We don’t need a large majority, but a small minority who are committed to the Albanian issue, to keep Washington’s orientation on Albanian issues in the Balkans. it is.

Harry Bajraktari, born in the village of Vranoc in Peja, about 80 kilometers from Pristina, moved to America in the 70s. Today he is known for his success in the business field in the Bronx, New York, as well as for the help he and his family have given to Kosovo, creating friendships in American political circles in favor of Kosovo.