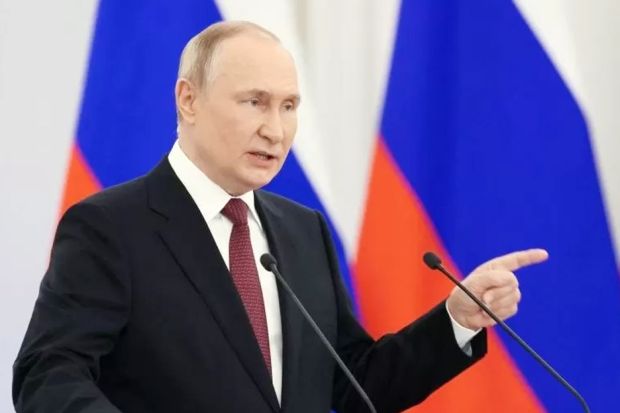 MOSCOW – Russian President Vladimir Putin promised to ‘stabilize’ the annexed territories. The statement was made when Ukraine gained advantages on a number of battlefields.

In a speech to teachers on Russian teachers’ day, Putin said he would “calmly develop” the annexed territories.

The Russian president announced the annexation of Luhansk, Donetsk, Zaporizhzhia and Kherson last week after proclaiming a referendum not recognized internationally.

The promise came when Ukraine said it would retake the villages of Luhansk and Kherson. Kiev already controls significant parts of the other two regions, and has made gains recently in Donetsk.

However, Kremlin spokesman Dmitry Peskov said Russia would reclaim territory it had lost.

“There is no contradiction here. They will be with Russia forever, they will be returned,” he was quoted as saying by BBCThursday (6/10/2022).

But Andrey Kartopolov, chairman of the State Duma’s defense committee, told state media that Russia needed to stop lying about what happened on the battlefield, saying Russian citizens were not stupid.

Ukrainian troops made gains in the south and east.

Serhiy Haidai, Ukraine’s governor of the Luhansk region, told the BBC on Wednesday that six villages in the region had been recaptured. And President Zelensky later said Ukraine had liberated three more villages in the southern Kherson region.