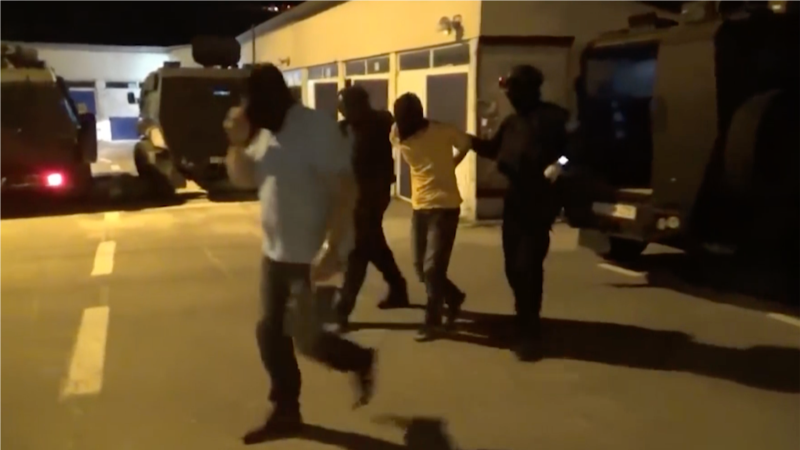 The government of North Macedonia imposed financial measures, namely freezing the assets of fifteen citizens suspected of actions related to terrorism and the proliferation of weapons of mass destruction. These citizens are suspected to have been involved in terrorist acts or to have helped financially through participation in foreign armies, paramilitary or police units in foreign countries, more specifically in Syria.

The government’s decision taken in a session held a few weeks ago was published in the Official Gazette on September 19, 2022 and a day later by the Financial Disclosure Directorate.

Most of them are under 30 years of age. Their actions were recorded from 2013 to 2016. Some of them were seen at the border crossings of North Macedonia trying to leave for Syria. All are charged with the crime: participation in a foreign army or terrorist organization. According to the announcements published by the Directorate for Financial Disclosure, these persons are located abroad.

Some of them had joined the militant group “Islamic State – ISIS” or had recruited and helped financially send fighters to ISIS. International arrest warrants have been issued against them. This is the first time that the government in Skopje makes public a list of names of people who have fought in Syria or elsewhere.

Professor Qebir Avziu from the Faculty of Law of the University of Tetova, known as an expert on security issues, says in a conversation with the Voice of America that for all persons who have been part of the Islamic State and for whom there is evidence, the Code must Penal provides for their prison sentence, while their rehabilitation and resocialization is provided for during the period of serving the sentence.

“Well, practice shows that these people have not been rehabilitated and in fact they have influenced the continuous rise of radical views of Islam. Practice has shown that there is a danger from these people, as was the case with some who served prison time but then organized a terrorist act in Macedonia, but the services managed to discover this group in time”says the expert.

He estimates that with the weakening of the Islamic State, the cases of terrorism have decreased everywhere in Europe and the risk in North Macedonia is lower at this stage as well. However, Mr. Avziu says that the danger cannot be extinguished as “idealism, inspiration, religious ideology is a problematic issue and is not easily eradicated”.

He emphasizes that there are citizens from North Macedonia in a known camp controlled by Kurdish forces and who cannot be repatriated.

On the other hand, Professor Mitasin Beqiri, who is the dean of the Faculty of Security at the FON University of Skopje, told the Voice of America that these people who go to the military conflicts of the Middle East, usually return depressed, that they are in a difficult economic situation and that ways must be sought to prevent them from joining foreign militant organizations.

“The cooperation of local, community and legal centers is missing. It is wrong to punish them after they have returned, because they have already repented of their deed. Forms must be found for their rehabilitation and resocialization”says the expert.

Five years ago, the government approved the National Strategy for the fight against terrorism and the plan for the reintegration, resocialization and rehabilitation of persons and their families returned from foreign wars.

It is estimated that over 150 people have gone from North Macedonia to the conflicts in the Middle East. According to the data of the security authorities, 83 people have returned so far. A number of them were tried, as the punishments for these offenses according to the laws of the country range from 6 to 9 years of imprisonment. Meanwhile, there are no official data on the number of fighters or citizens of North Macedonia killed in the wars in Syria and Iraq.

How to make a cafe-style strawberry milk cheesecake, simple and fresh How to make a cafe-style strawberry milk cheesecake, simple and fresh