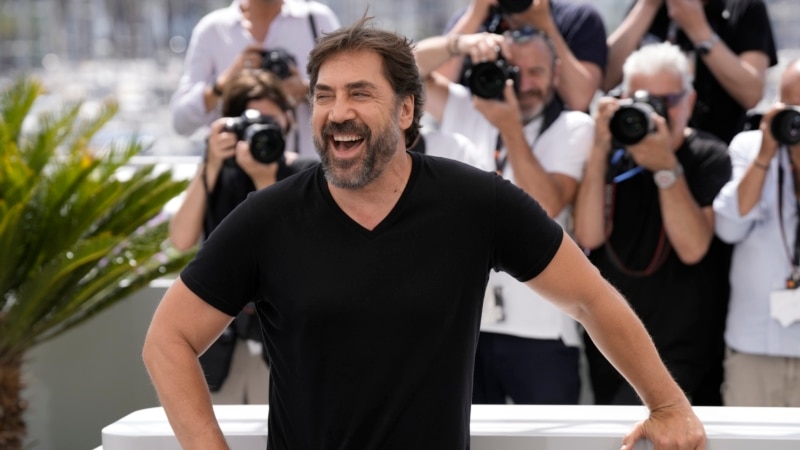 If you have previously seen actor Javier Bardem acting in action films and dramas, then you will see him singing and dancing with a crocodile with the voice of Shawn Mendes, in the film live action ‘Lyle, Lyle, Crocodile’. In an interview with the Associated Press news agency, Bardem admitted the film was a new challenge for him.

Following the advice of his children, Hollywood actor Javier Bardem agreed to play the character of Hector P. Valenti, a crocodile charmer who is good at singing and dancing, in the film. live-action comedy musical ‘Lyle, Lyle, Crocodile.’

Bardem’s assignment in a film with powerful computer effects and based on a book by Bernard Waber presents a new challenge for the actor, who is also the husband of actress Penelope Cruz.
Bardem is an Oscar-winning actor for his role in the 2007 film “No Country for Old Men.” Last year he appeared in the biopic “Being the Ricardos” and the fantasy fiction “Dune.”

SOUNDBITE (English) Javier Bardem, actor:
“There were a lot of factors, firstly, I wanted to be part of a film I wasn’t used to, like family musical comedies. I also wanted to play a character who sings and dances, who is light, fun and truly magical. Third, and I think the most important, because my kids want me to play in this film.”

The film tells the story of the Primm family, consisting of characters played by actresses and actors Constance Wu, Scoot McNairy and Winslow Fegley, as they move to New York City. In that city, Josh, who is still a teenager, has difficulty adapting. But things get better when he finds Lyle, a crocodile who sings, loves music, baths and caviar, and lives in the attic of his new home. The voice of Lyle the crocodile is filled by pop star Shawn Mendes.

Josh and Lyle became best friends. But Lyle’s existence is threatened by their neighbour, Mr. Grumps (Brett Gelman). Only the Primm family and the handler can save Lyle the crocodile.

“The songs that Pasek and Paul, the creators wrote, are just incredible. All songs are on par with the songs in ‘The Greatest Showman’ and ‘La La Land.’ All the songs are amazing, but very challenging, because they are long and contain a lot of variety. For Shawn Mendes, I think it’s normal, because he is a great singer. But for me it was really challenging.”