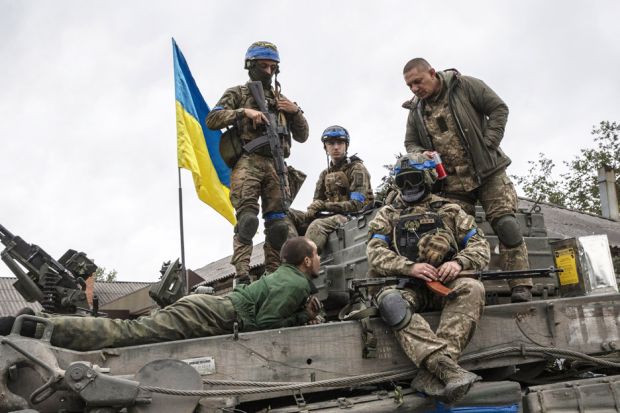 Ukraine managed to seize a village in Kherson from Russia. Photo/Illustration

KIEV – Ukrainian troops have liberated a key village in the southern region of Kherson, hastening the retreat of the Russian military.

Ukraine’s Ministry of Defense in Kiev posted a video showing the 35th marine brigade flying the Blue Yellow flag over Davydiv Brid, amid reports several other nearby villages were retaken.

Russia still controls the city of Kherson, the regional capital, in the south. But its grip looks increasingly shaky across the region north of the Dnieper River, known as the Dnipro in Ukraine.

In the past 48 hours, Ukrainian forces have pushed south along the west bank of the river, and Russian units are now forced to withdraw from several settlements north of the Kherson region as well.

“The Ukrainian flag is flying again over the village of Davydiv Brid,” the Ukrainian Ministry of Defense said on social media as quoted from BBCWednesday (5/10/2022).

Russian troops have been forced to withdraw in northeastern Ukraine. They were now being pushed back south as well.

Ukraine’s Deputy Interior Minister Yevhen Enin said 50 towns and villages had been recaptured and about 3,500 residents freed in Kherson, but did not say when that happened.

Ukraine’s Ministry of Defense later said that Russian troops were demoralized and were trying to destroy bridges in an attempt to slow Ukraine’s advance.

There was no immediate confirmation that villages northeast of Davydiv Brid had also fallen and a Russian military spokesman did not mention any losses there.