The Story of Brothers and Sisters at NKCTHI Continues in the Film Jalan Yang Jauh, Don’t Forget to Go Home, Airing Next Year

Suara.com – In the ears of Dadang Indarto, 40 years old, a resident of Tembalangan Village, Malang City, East Java, the sound of asking for help is always ringing.

The voice came from the victims of the tragedy at the Kanjuruhan Stadium on October 1, 2022, one of the deadliest stadium incidents in the world in decades.

“There was a scream, please, help. My eyes looked like the victim was right in front of my eyes. I could only sleep last night,” Dadang told reporters in Malang, Eko Widianto, reporting for BBC News Indonesia.

The man who is a State Civil Apparatus (ASN) of the Batu City Government said the horror story began three minutes after the referee’s long whistle, marking the end of the match.

He rushed out of the stands, out through Door 13. “The doors are closed, I go back to the stands,” he said.

Suddenly there was a burst of tear gas. A second tear gas shot was directed by the police at the stands. While the third shot hit the stands where Dadang was standing.

“I was on my stomach. I covered my face with a t-shirt. It was the first time I felt the stinging tear gas,” he said.

Read Also:
Police Must Get Red Cards in Kanjuruhan Tragedy, Democratic Legislators Defend Supporters: They Are Not Riot!

Shortness of breath and the skin feels sore. Then he jumped the fence of the stands towards Door 14. Apparently, he found a lot of spectators lying around. Her friend, Dona, also fell. He’s dead.

“The head leaked, he died. I carried him to a safe place,” he said.

Then he sought the help of the police, but none of the officers helped the victim.

Then he tried to help a number of spectators who were lying down. The victims were taken to a room inside near the VIP stands.

It turned out that inside, dozens of bodies of supporters were lined up near the prayer room.

While helping the victim, he received a call from his brother. He received news that his niece, Vera Puspita Ayu, 20 years old, had died.

Dadang had no idea that while helping others, it turned out that his nephew was battling death. Vera crammed into the crowd at the Kanjuruhan Stadium.

“Died on the way to the hospital,” he said.

The face of the deceased Vera looks black, allegedly due to exposure to tear gas. Sadness could not be hidden from Dadang’s face, he was devastated because his nephew died while watching football.

Vera’s family returned Rp5 million in compensation from the management of Arema FC. They thought that the compensation money could not redeem Vera’s life.

Dadang asked that the riots be thoroughly investigated and those who ordered the shooting of tear gas be severely punished.

All exits are closed, except Gate 14

The same story was told by Eko Prianto, 39, a resident of Dau, Malang Regency.

He cried when he started to tell about the riots at the Kanjuruhan Stadium. While sobbing, he told of dozens of spectators lying on Door 13.

“Door 13, is like a mass grave. Many children, the victims are mostly women. I can’t stand it,” he said in a choked voice.

It was later revealed that dozens of children had lost their lives at the stadium.

The official from the Ministry of Women’s Empowerment and Child Protection (PPPA), Nahar, revealed that at least 32 children lost their lives in the Kanjuruhan Stadium Tragedy.

“Of the 125 people who died in the accident, 32 of them were children. The youngest was a toddler aged three or four,” Nahar told BBC News Indonesia.

During the match, Eko Prianto admitted that he chose to be outside the stadium. Even though he had an entrance ticket, he chose to sit with one of his friends in the outer court of the stadium.

Many officers were on guard, some sat drinking coffee in a stall outside the stadium.

Moments after the final whistle, he heard five gunshots. At Door 10, he heard screams and banging on the door. He rushed to Door 10. There the onlookers were seen forcing the door open and he found dozens of people limp and unconscious.

“I tried to help, carrying the victim. It turned out that the number of victims was increasing,” he said.

Eko suddenly remembered that many of his relatives and neighbors were watching at Gate 13.

At Door 13, some of the spectators tried to break through the “wind” aka the ventilation on the wall next to the door. They tried to get out and jostle.

He tried to open the metal door, but failed. Eko ran to meet the Police and TNI officers who were on guard to ask for help opening the door. He also asked the medical staff for help. But his efforts were in vain.

“Not being helped, I was almost beaten by the authorities,” he said. He then entered through the main door and asked for help from officers and the committee to help with the evacuation at Gate 13.

Finally, he was able to help evacuate victims from within. A number of spectators who were lying down were lifted into the room.

“All the exits are closed, except for Door 14,” he said. He asked why the exit was closed. Even though every game, 15 minutes before the game ends, the exit door is opened.

Regarding the closed exit, Arema FC spokesman, Sudarmaji, declined to comment further. He left everything to the investigations and investigations carried out by the police.

“We will leave the question of whether the door is closed or opened to the investigation team,” said Sudarmaji. He also denied that the number of spectators exceeded the quota or stadium capacity.

The reason is that tickets are distributed according to the capacity of the audience.

Previously, Coordinating Minister for Political, Legal and Security Affairs, Mahfud MD, revealed that 42,000 tickets were sold while the stadium’s capacity was 38,000.

The president of the Arema FC Club, Gilang Widya Pramana, apologized to the families of the victims for the incident. He admitted that he did not expect a riot incident that would cause 125 deaths.

“Shocked, sad and sorry for this incident. There are many victims. I am ready to take responsibility, we provide compensation even though we cannot restore life,” he said.

Gilang said he was ready to accept sanctions from the PSSI Disciplinary Commission which imposed a ban on playing for one season.

Arema’s management also said it would cooperate with the investigation of an independent fact-finding team who thoroughly investigated this incident.

Wartist in Malang, Eko Widianto, contributed to this article for BBC News Indonesia The Story of Brothers and Sisters at NKCTHI Continues in the Film Jalan Yang Jauh, Don’t Forget to Go Home, Airing Next Year

Suara.com - Visinema Pictures announced the continuation of the story of the three brothers in the film Nanti Kita Tell...

Police said Wednesday they were trying to identify suspects in a police housing bombing that killed an officer and injured... 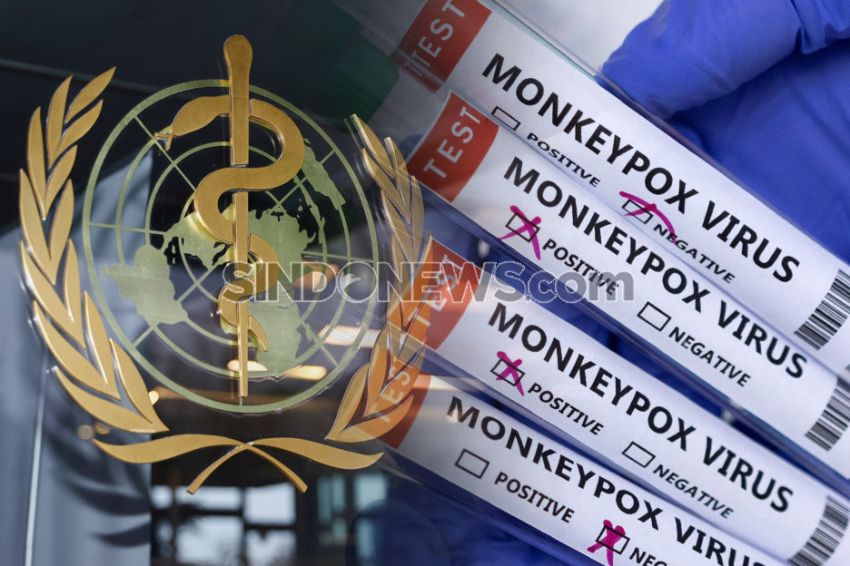 Pressed by the US, WHO is reportedly preparing to announce a new name for Monkeypox

loading...Pressed by the US, WHO is reportedly preparing to announce a new name for monkey pox or monkeypox. Photo/Illustration/Sindonews GENEVA...