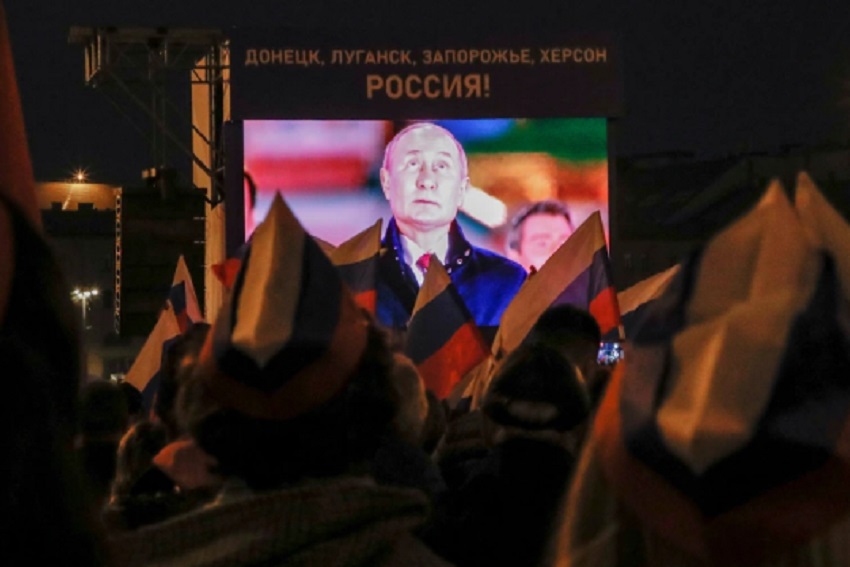 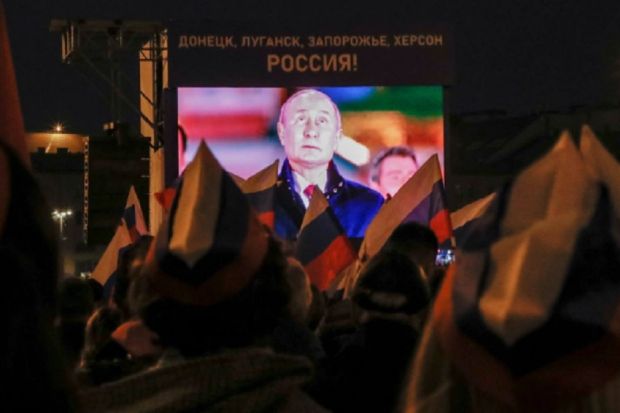 Continuation of League 1 Without Spectators in the Stadium, How will the 2022 AFF Cup be?

Hard! Dedi Mulyadi Warns About the Heart Given to Any Person: That Danger..

In Kenya, Football is the Way to Fight Crime and Drugs

MOSCOW – President Vladimir Putin in his speech on Red Square said the West wanted to make Russia a colony or colony.

“It is because of greed, with the aim of maintaining its unlimited power. That is the real reason for the hybrid war that the West is waging against us. They want to make us colonies,” Putin said in a speech broadcast on Russian state television on Friday (30/9/2022). ).

The speech was part of the official annexation of four Ukrainian territories controlled by Russian troops. The four regions are Kherson, Zaporizhzhia, Luhansk and Donetsk.

“The West is ready to step over everything to preserve the neo-colonial system, which allowed it to parasitize, and, in fact, plunder the whole world,” Putin added.

“It was important to them that all countries ceded their sovereignty to the United States.”

In his speech, Putin emphasized that Russia was not trying to re-create the Soviet Union.

“The Soviet Union no longer exists. We can’t bring back the past. And Russia doesn’t need it anymore. We are not working in that direction,” Putin said.

He also accused the last leaders of the Soviet Union of destroying his great country.

Viral Video Allegedly Lesti-Billar bickered to say rude, this is the fact Continuation of League 1 Without Spectators in the Stadium, How will the 2022 AFF Cup be?

Suara.com - The continuation of the 2022/2023 League 1 competition which is scheduled to kick-off in December is planned to... Hard! Dedi Mulyadi Warns About the Heart Given to Any Person: That Danger..

SuaraBandung.id – The former Regent of Purwakarta for two terms, namely Dedi Mulyadi, has never been without criticism. On the...

In Kenya, Football is the Way to Fight Crime and Drugs

Kibera is a poor residential area on the outskirts of Nairobi. But in that area, a community soccer league managed... Take a peek at 7 adorable portraits of YouTuber babies Vincent Raditya and Fanny Margaretha, their births are questioned by netizens

Suara.com - YouTuber Vincent Raditya is back in the spotlight of netizens. His wife, Fanny Margaretha, gave birth to her...