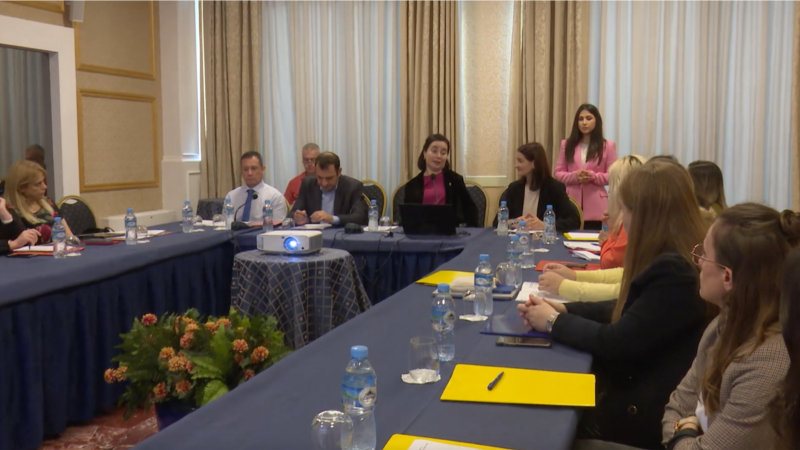 Respect for the human rights of persons with disabilities in Albania is still at minimal levels. This is what Robert Gajda, the Commissioner for Protection from Discrimination, said today, where nearly 30 percent of complaints and decisions are for people with disabilities.

Organizations that protect the rights of these people have started a new movement to make institutions aware of meeting their needs and rights.

According to the 2011 Census, Albania has nearly 6.5 percent of the population self-declared as persons with disabilities, or about 170 thousand people.

Local and foreign researchers claim that the real figure is much higher, while the country is on the verge of a new Census.

But more than the numbers, the activists in this field are worried about the extremely low level, according to them, of respect for human rights for these people with limitations in movement, sight, and hearing.

“We are in the initial phase of implementing the rights of persons with disabilities. We have very big problems with accessibility and the elimination of barriers in public transport, on sidewalks, in public and private institutions where we receive services and live as a community. Still in 2022 in Albania there is a very incomplete and truncated understanding regarding the elimination of barriers”, says the head of the “Together” Foundation, Suela Lala.

People with disabilities demand that their dignity and rights be fulfilled as soon as possible, while years go by and very little has been done for them. The commissioner for protection against discrimination, Robert Gajda, says that the respect of rights for these people in Albania is at the minimum limits, because the minimum accessibility is still offered for them in all areas of life.

“The first problem is the minimum, it is A, that there is a lack of accessibility in many services such as health, education, transport and various services, which citizens receive in a simple way, while for persons with disabilities it is returned in impassable barriers, without the help of another person, who must be available to them. In terms of the level of reaching the standards, we are very far away and we cannot yet talk about the zero level at the moment we are”, says Mr. Gajda

Human rights organizations in this field have started a new movement for institutions and society to care more for people with disabilities. The head of the “Se Bashku” Foundation, Suela Lala, says that the obstacles of misunderstanding are greater than the lack of some ramps, but a society that aims to integrate into the EU must create spaces of dignity for everyone.

“I believe that everyone realizes that there are few people with disabilities in movement, in the community and on the streets. And not that there aren’t any, because the statistics say the exact opposite. But having an environment with so many barriers, we remain isolated in our homes”, says Mrs. Lala.

Albania has adopted several laws for persons with disabilities, but according to experts, they are not implemented and, moreover, some of the institutions are not aware of these legal obligations.

Mr. Gajda says that the authorities start to react positively after the problems from the complaints and decisions of the Commissioner for Protection against Discrimination are pointed out.

“About 30 percent of the complaints and decisions of the Commissioner for Protection from Discrimination are related to persons with disabilities, in various fields and services. They constitute the main part of alleged violations of discrimination, so most of the decisions belong to this group”, says Mr. Gajda.

Activists claim that people with disabilities rarely go out on the streets due to lack of infrastructure, but even less appear in the media, even though the possibility of this is many times greater.

Even in the little that appears in the media, they appear only in rare programs dedicated to the needs of people with disabilities.

But keeping them away from road traffic and away from televisions does not solve their problem, it only hides it and adds to their suffering.