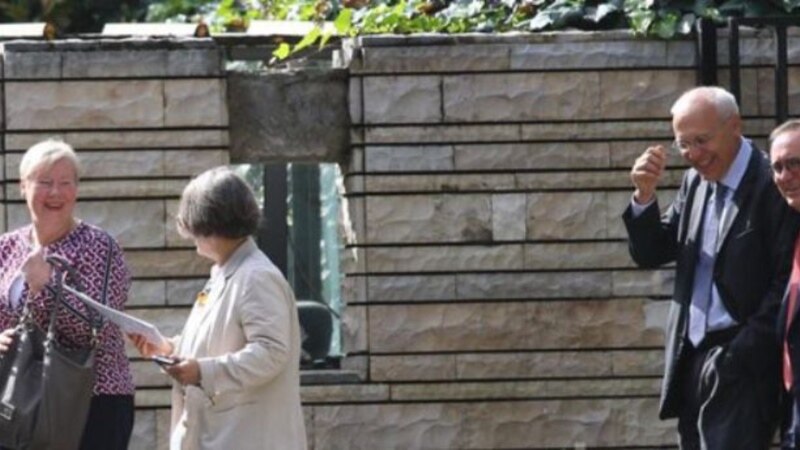 In Albania, the Delegation of the European Union reiterated today that “the EU has serious concerns about the current draft law on fiscal amnesty” proposed by the government. “We will continue consultations with the relevant government authorities to review this legislation”, the Delegation underlined in a reaction to the media, clearly implying that in its current form, the proposal is unacceptable to them.

This attitude, in line with the one expressed before, takes on an even heavier weight from the fact that it came after today’s meeting between the ambassadors of the member countries where the American and British ambassadors were present, with representatives of the government and the socialist majority.

The meeting, which seemed to aim to address the strong international skepticism towards this initiative, was called at the invitation of Prime Minister Rama, who however chose not to participate, causing quite a bit of surprise among his guests for this absence.

Moreover, the day before, Mr. Rama reconfirmed his determination to move forward with this initiative while saying unequivocally that “the fiscal amnesty will be done” also making it clear that despite being ready to listen to the remarks of international representatives , at the end of the day, he had accounts with the Albanians. “We are persistent, yes and patient to clean all those corners from any kind of dust or optical illusion that there is dust there and then everyone will have their own conviction, but I want to repeat one thing: I am here elected by the Albanians , I do not represent any other country, nor am I here as an expression of the will of any other people, to be very clear”.

Albania is a candidate country for EU membership, and in July of this year it received the green light for the official start of membership talks, a process aimed at aligning the country with European standards. Asked about this new relationship with the EU, Mr. Rama repeated again that “we are here to do our duties towards the Albanians”, but adding that he would do these duties “of course, without ever violating the norms and without violating never the principles and never inventing things that have nothing to do with legislation and nothing to do with the EU. We don’t want to do something that goes against any framework related to EU norms, principles, values ​​and concepts”.

For the first time, the European Union spoke publicly about the amnesty at the end of June, during the meeting in Brussels of the Subcommittee on Trade, Industry, Customs and Taxation between the EU and Albania. While expressing at the time the same terms of “serious concerns”, the meeting’s statement noted that the initiative “would weaken Albania’s anti-money laundering controls, while doing little to increase the capacity of the tax administration to improve future compliance with tax requirements. Furthermore, because non-tax residents, including Albanians living in the EU or the Western Balkans, fall under its scope and are required to import cash in order to benefit from the amnesty, the current draft of the law raises serious concerns for member states of the EU and other partners, as well as a substantial reputational risk for the country”.

But Prime Minister Rama has insisted, as he did the day before, that “it is about money saved from illegal work, not illegal jobs. For illegal jobs, the law is very clear and the categories that are not accepted to be included in the amnesty are very clear.”

The draft law provides for the voluntary declaration of an asset with a monetary value of up to 2 million euros, which is legalized against a tax of 7-10 percent, without any criminal liability. Until now, none of the authorities has given an explanation that it is possible to put an asset up to 2 million euros with savings from work. A very simple calculation proves that in order to reach such a quota, in 30 years, a monthly income of 5,500 euros would be needed on average, all of which would have to be saved.

Strong questions have also been raised about the ability of the institutions to prevent members of criminal networks from benefiting from this initiative, despite the established restrictions.

The project has encountered the opposition of the International Monetary Fund, the American Chamber of Commerce, many economic experts, but also opposition representatives, without whose vote the draft law cannot pass.

Even today, the democratic deputy Jorida Tabaku, while emphasizing that “amnesty is not an initiative that serves Albania and Albanians”, appealed to her colleagues from the opposition “to be clear and decisive in their acts. The time has come for them not to hide and oppose the fiscal amnesty law. A vote in favor of that law is a vote for Albania away from the EU and for a country that is even more dishonest towards the middle class,” Ms. Tabaku wrote in a post on Facebook.