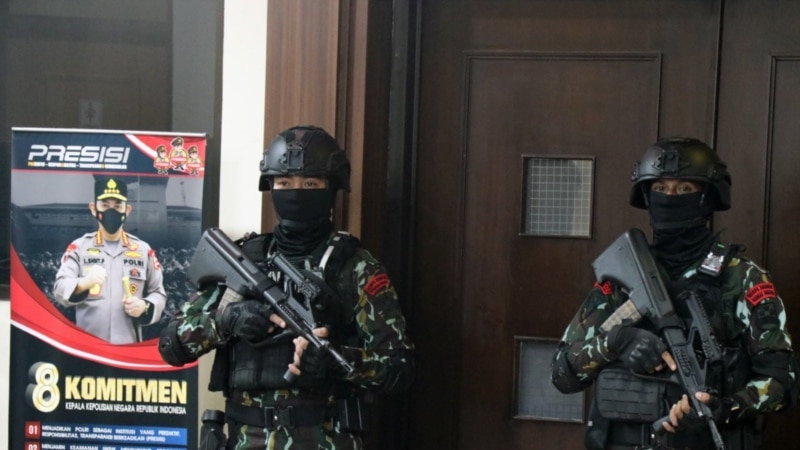 Deputy Attorney General for General Crimes (Jampidum) Fadil Zumhana said the case files for the five suspects in the murder of Brigadier J were complete or P-21. The five suspects are Ferdy Sambo, PC, RR, RE, and KW. According to him, the completeness of this file is due to the effective cooperation between investigators and public prosecutors.

“Today we will discuss the indictment until Friday. And maybe 1 week after this, we will hand it over to the court,” explained Fadil in Jakarta, Wednesday (28/9/2022).

Fadil added that seven case files related to obstruction of justice or obstruction of investigation in Brigadier J’s case have also been declared complete. According to him, this case will be combined with the premeditated murder case file with the same suspect so that the trial runs effectively.

As for the detention of the suspect, Fadil left it entirely to the Public Prosecutor. According to him, this is the prosecutor’s authority with a number of considerations. For example, the suspect will flee abroad and destroy evidence in the case or not.

“The appointed public prosecutor has coordinated with the intelligence sector after being declared complete. To prevent deterrence from leaving the country,” he added.

Fadil assured the Prosecutor’s Office that they would do their utmost professionally to prove the premeditated murder committed by the suspects against Brigadier J.

Police observer from the Institute for Security and Strategic Studies (ISESS), Bambang Rukminto assessed that the performance of Polri investigators in this case was sufficient because the files were complete in a short time. Although, he said, the public needed to look at the case file material to see opportunities for punishment to Ferdy Sambo and other suspects.

“Whether this filing is strong enough to provide evidence to amplify the verdict in court, we can only see later,” explained Bambang Rukminto to VOA, Wednesday (28/9/2022).

“Whether the five suspects will be detained, this depends on the prosecutor’s office. This needs to be criticized. If the prosecutor does not detain the PC, it can justify the community’s assumption that there are efforts to relieve the suspects,” he added.

The shooting case against Brigadier J in early August has garnered public attention. Ferdy Sambo and a number of personnel had engineered this murder case into a shootout with Bharada E. The National Police Chief Listyo Sigit Prabowo then formed a special team to investigate this case. Until then, it was revealed that premeditated murder and obstruction of investigation in the case of Brigadier J. [sm/em]