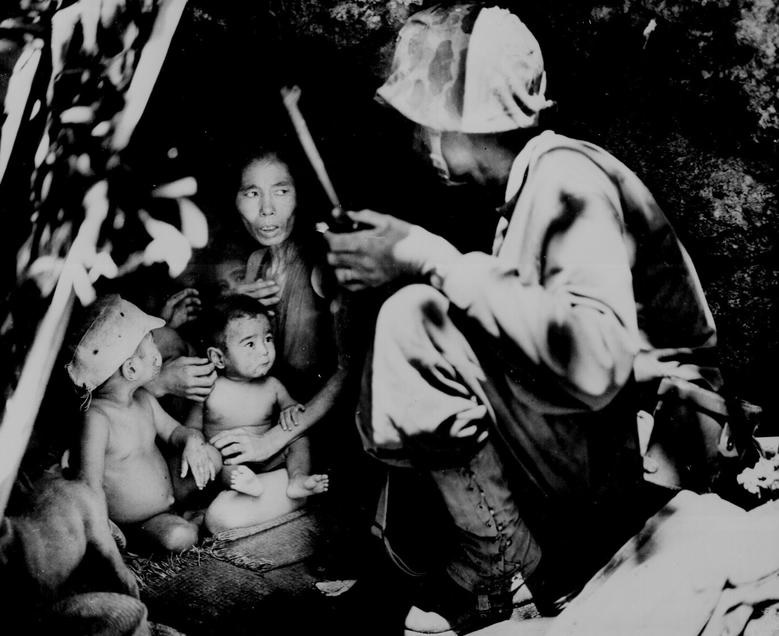 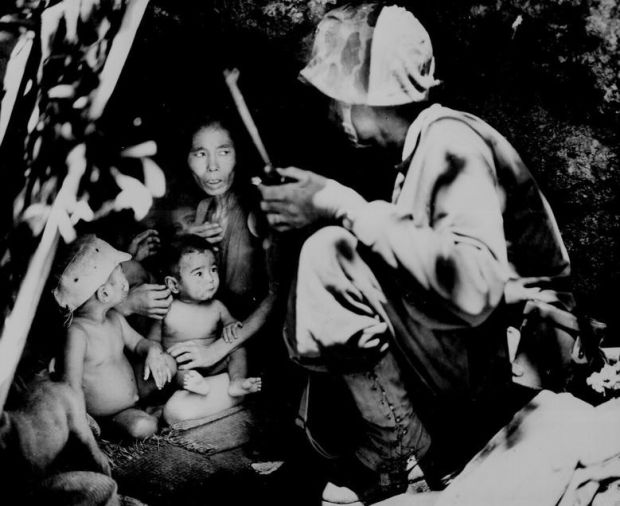 A member of a US Marine patrol in Saipan finds a Japanese family hiding in a hillside cave during the battle in Saipan, June 21, 1944. Mother, four children and a dog are in the cave. Photos/US National Archives/REUTERS

TOKYO – World War II (WWII), which involved countries globally, took place from 1939 to 1945. This war broke out as a result of the emergence of fascism ideology in the Axis countries, which consisted of Germany, Japan, and Italy.

According to the Holocaust Encyclopedia, WWII began when Germany invaded Poland, on September 1, 1939.

Since then, other countries began to engage in world-scale battles because Germany was increasingly eager to control other regions.

World War II became a dark tragedy in the history of the world because it had claimed so many lives.

Quoting from the Encyclopedia Britannica, an estimated 40 million to 50 million people died during World War II. More than 80% of all deaths in WWII came from Allied countries, and most of them were civilians.

Meanwhile, 15-20% of the deaths occurred in the Axis block, mostly in the military. Here are some countries with the highest number of victims due to World War II, based on data from The National WWII Museum.

The Soviet Union is thought to have suffered the highest number of victims of World War II. Recorded, as many as 24 million people lost their lives due to war.

Of these, most occurred due to military deaths, civilian deaths, and deaths from hunger and disease.