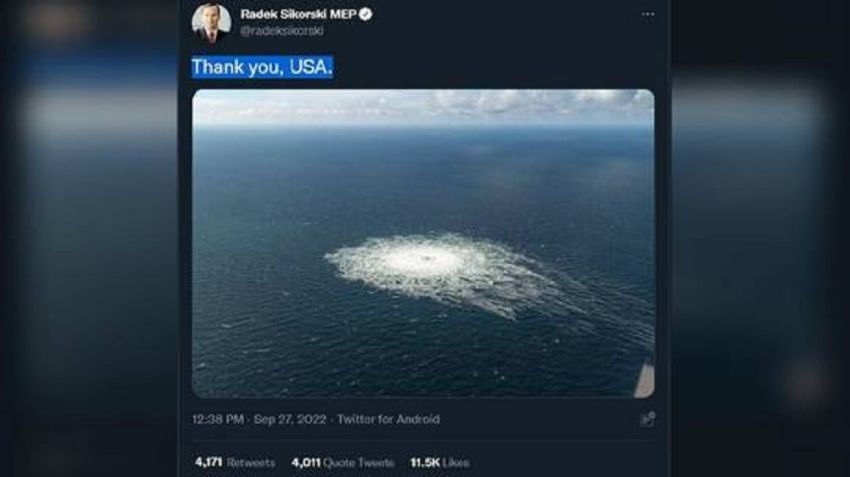 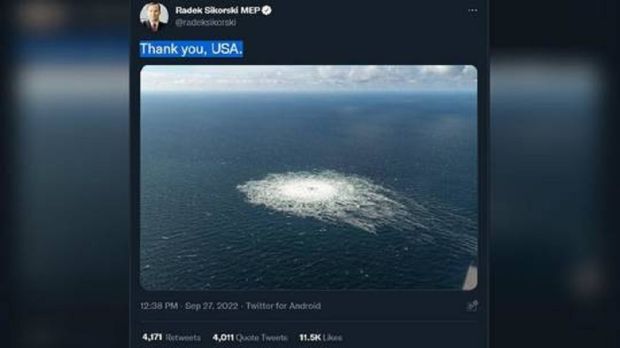 Official! Iqoo 11 5G Will Be the First Snapdragon 8 Gen 2 HP in Indonesia

WARSAW – The United States, Russia and most European governments have yet to pinpoint who may be behind Monday’s explosion that damaged both Nord Stream pipelines and cut Germany off from Russian gas.

However, former Polish minister and member of the European Parliament Radoslaw Sikorski has no such doubts.

“Thanks USA,” Sikorski tweeted Tuesday (27/9/2022), alongside a photo of a massive gas leak in the waters of the Baltic Sea.

Both pipes were badly damaged off the coast of the Danish island of Bornholm, in what everyone now calls a deliberate act.

Sikorski later tweeted, in Polish, that the damage to the Nord Stream meant, “Russia must speak to the countries controlling the Brotherhood and Yamal gas pipelines, Ukraine and Poland if it is to continue delivering gas to Europe. Good work.”

Nord Stream 1 and Nord Stream 2 lost all pressure on Monday, after what Swedish and Danish authorities later said were a series of underwater explosions.

The first pipe was operating at reduced capacity after what Russia said was a technical difficulty, while the second was fully pressurized but not operational, due to Germany’s refusal to certify it. Official! Iqoo 11 5G Will Be the First Snapdragon 8 Gen 2 HP in Indonesia Chinese astrology, better known as Shio in Indonesia, is an ancient astrological practice that can be traced back to the... VOICE OF SEMARANG - Oh Young Soo, who won his first Golden Globe award through his acting in the phenomenal...