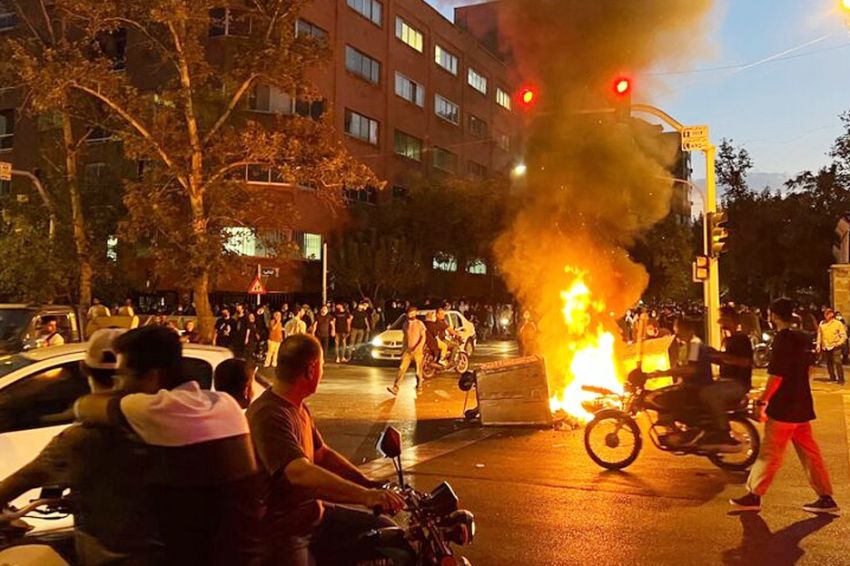 Let slip! Melaney Ricardo Calls Wulan Guritno and Sabda Ahessa Have Been Married Since This

This Cheating Couple Dilemmed while Having Sex in the Forest

The death toll from the demonstration of Mahsa Amini’s death in Iran continues to rise. Photo/Illustration

TEHERAN – The death toll due to violence by the authorities against demonstrators who staged protests against Mahsa Amini’s death in Iran continues to grow. The Iranian Human Rights NGO (IHR), based in Norway, reported at least 76 people were killed.

“We call on the international community to resolutely and unitedly take practical steps to stop the killing and torture of protesters,” said IHR director Mahmood Amiry-Moghaddam. Al ArabiyaTuesday (27/9/2022).

It added that video footage and death certificates obtained by the group showed “live ammunition was used to fire at protesters.”

Read: The profile of Mahsa Amini, the woman who died after being arrested by the Iranian Moral Police

Amiry-Moghaddam said deaths had been recorded in 14 provinces in Iran, with the highest number, 25, recorded in the northern Mazandaran province on the Caspian Sea.

“Three deaths have been recorded in Tehran,” he said.

The IHR also said most families had been forced to secretly bury their loved ones at night and pressured not to hold public funerals.

“Many families are threatened with lawsuits if they publicize their deaths,” he said.

Meanwhile, according to the official figures of the Iranian authorities, 41 people were killed including several members of the security forces.

Read: The Tragedy of Mahsa Amini and the History of Mandatory Hijab in Iran Let slip! Melaney Ricardo Calls Wulan Guritno and Sabda Ahessa Have Been Married Since This

SuaraBandung.id - Wulan Guritno and Sabda Ahessa are reported to have married secretly. The age difference, which is quite far,...

This Cheating Couple Dilemmed while Having Sex in the Forest

loading...Cheating couple in India are brutally murdered, including their bodies smeared with super glue, while having sex in the middle...

SuaraSumedang.id - The Indonesian Football Federation or PPSI has again summoned three Persib Bandung players to take part in the... Suara.com - The Chinese government is preparing assistance to the Indonesian government to help with the handling of the earthquake...