How did a party with neo-fascist roots win the elections in Italy? 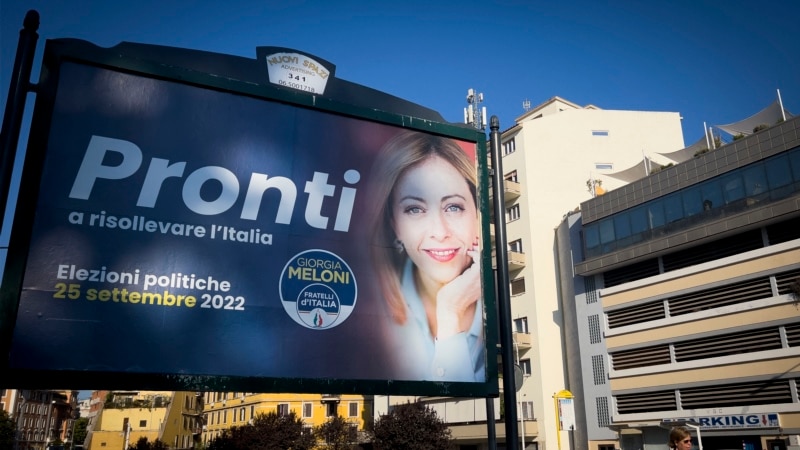 The Brothers of Italy party has received the largest number of votes in the general elections that were held on Sunday. This political force has its roots in the Italian Social Movement, a neo-fascist party created after World War II. Giorgia Meloni managed to transform the Brothers of Italy, from a peripheral far-right group, into the country’s largest party. She is expected to lead Italy’s first far-right-led government since World War II, as well as becoming Italy’s first female prime minister.

The Brothers of Italy party, a political force that won the majority of votes in the general election, has its roots in the Italian Social Movement, a post-World War II neo-fascist movement. By keeping its most powerful symbol, the tricolor flame, Giorgia Meloni managed to transform the Brothers of Italy, from a peripheral far-right group, into Italy’s largest party.

A century on from Benito Mussolini’s march on Rome in 1922, which marked the fascist dictator’s rise to power, Ms Meloni is poised to lead the first far-right-led government since World War Two, becoming also the first woman prime minister of Italy.

The Italian Social Movement was founded in 1946 by Giorgio Almirante, who served as chief of cabinet in Benito Mussolini’s last government. It attracted fascist sympathizers and officials, based on Italy’s role in the war, first as an ally with the Nazis and then when the country was liberated by the Allied forces.

Throughout the 1950s-1980s, the Italian Social Movement remained a small right-wing party, receiving single-digit percentage votes. But historian Paul Ginsborg notes that the tenuous survival in the decades since the war’s end “has served as a constant reminder of the powerful pull that authoritarianism and nationalism have consistently exerted on students from the South, the urban poor, and to the middle class and the poor (Italian)”.

The 1990s brought a change under Gianfranco Fini, a follower of Giorgio Almirante, but who projected a new, moderate face of the Italian right. When Mr. Fini ran for mayor of Rome in 1993, he managed to secure 46.9% of the vote, not enough to win, but enough to make him a factor. Within a year, Mr. Fini renamed the party from the Italian Social Movement to the National Alliance.

It was during these years that Giorgia Meloni, who was raised by her mother alone in a working-class neighborhood in Rome, joined, first the youth branch of the Italian Social Movement and then headed the youth branch of Gianfranco Fini’s National Alliance- t.

Does this mean that Giorgia Meloni is a neo-fascist?

Gianfranco Fini was haunted by the movement’s neo-fascist roots and by his comment that Benito Mussolini was the “greatest statesman” of the 20th century. He rejected this statement and in 2003 visited the Yad Vashem Holocaust memorial in Israel. There he spoke out against Italy’s racial laws, which restricted the rights of Jews, calling them part of the “indisputable evil” of the war.

Ms Meloni, who had also praised Benito Mussolini in her youth, visited Yad Vashem in 2009 while serving as a minister in Silvio Berlusconi’s last government. In her 2021 autobiography, I Am Giorgia, she described the experience as evidence of how “a genocide happens step by step, little by little.” During the campaign, Ms. Meloni was forced to confront the issue after Democrats warned that she represented a danger to democracy.

“The Italian right has consigned fascism to history for decades now, unequivocally condemning the suppression of democracy and humiliating anti-Jewish laws.“, she said in a campaign video.

How did the Brothers of Italy appear?

Ms. Meloni, who boasts of her roots as a militant of the Italian Social Movement, has said that the first spark of the creation of the Brothers of Italy came after the resignation of Mr. Berlusconi as prime minister in 2011, forced by the financial crisis due to Italy’s growing debt and its legal problems.

Ms Meloni refused to support Mario Monti, who was tasked by Italy’s president to form a government of technocrats to guarantee the stability of international financial markets. She opposed what she saw as external pressure from European capitals to dictate domestic Italian politics.

Ms Meloni co-founded the party in 2012, naming it after the first words of the Italian national anthem. “A new party, for an old tradition” she wrote.

Italy’s brothers would receive only single-digit results in the first decade since their founding. The European Parliament elections in 2019 gave the Brothers of Italy 6.4% of the vote, a figure that, as Ms. Meloni says, “changed everything.”

As the leader of the only opposition party during Mario Draghi’s national unity government in 2021-2022, her popularity soared, securing 26% of the vote in Sunday’s election.

The party has at the center of its logo the red, white and green flame of the Italian Social Movement, which remained even when the movement changed its name to the National Alliance. Although less visible than a bundle of sharp-edged sticks, the main symbol of Benito Mussolini’s National Fascist Party, the tricolor flame is nevertheless a powerful image that links the current party to its past.

“Political slogans are a form of advertising and no different from consumer-centric ones,” says Rutgers University professor T. Corey Brennan.

Mr Brennan recalls that when Giorgio Almirante gave the closing speech of the Italian Social Movement party’s campaign in the 1948 election, on what are known as Rome’s Spanish Steps, he placed the party’s symbol, the flame, on top of the obelisk and lit it up. with spotlights.

“Everyone understood that the Admiral was making a deeply emotional appeal to keep alive the spirit of fascism”, yes.

How do Italians feel?

Overall, the party’s neo-fascist roots appear to be more troubling abroad than at home. But some historians see the historical amnesia and general comfort of Italians living with the relics of fascism as evidence that Italy never rejected the Fascist Party and Benito Mussolini in the same way that Germany rejected National Socialism and Adolf Hitler.

While Germany went through a long and painful process of coming to terms with its past, Italians have, in many ways, simply turned a blind eye to it.

In addition, Benito Mussolini-era architecture and monuments are everywhere, from the EUR district in southern Rome to the Olympic training center on the Tiber River, with its obelisk that still bears his (Mussolini’s) name.

The Italian constitution prohibits the re-establishment of a fascist party, but Mr Brennan says far-right groups continue to display fascist salutes and accept their symbols.

“There is no difficulty in encountering signs” Mr. Brennan says in a telephone interview.Almost a quarter of all manhole covers in Rome have symbols of the Fascist party”.

Does this mean that Italians support fascism?

If we take history as a guide, what hasn’t changed in recent political elections in this country is that Italians vote for change, with a desire for something new that seems to transcend traditional ideology, says Nathalie Tocci, director of the Institute of International Affairs based in Rome.

Ms Tocci says the popularity of the Brothers of Italy in 2022 was evidence of this “strong” movement, which has more to do with Italian grievances than any rise in neo-fascist or far-right sentiment in the country.

“The main reason why a large part of them, let’s say 25 or 30% voted for this party, is simply because they (Brothers of Italy) are the youth of the political field.“, she says.

Ms. Meloni still speaks reverently of Giorgio Almirante’s Italian Social Movement, though she changes her rhetoric to suit her audience.

This summer, speaking in perfect Spanish at a rally of the right-wing Spanish party Vox, she emphatically said: “Yes to the natural family. Not the LGBT lobby. Yes to sexual identity and not to gender ideology”.

But in Italy, during the campaign, her tone was much more moderate. Ms Meloni called for unity in her victory speech on Monday.

“Italy chose us. We will not betray him, as we never haveshe said.