Balluku and Kim visit the floating TECs in Vlora. Production is expected to start at the end of the year 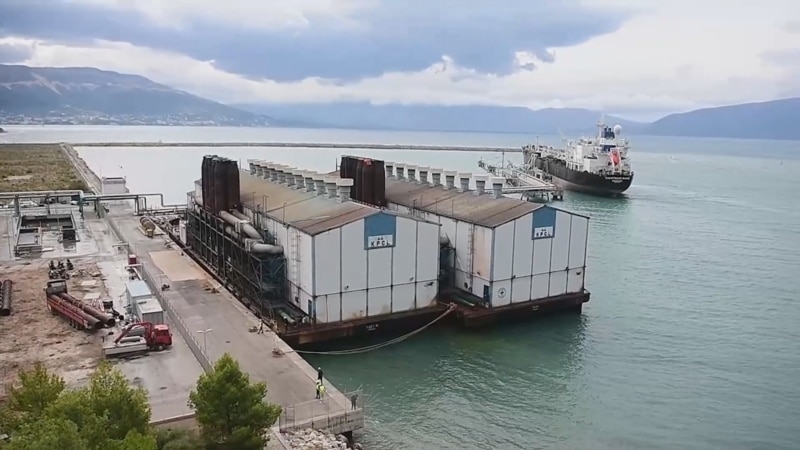 In Albania, the Minister of Energy and Infrastructure Belinda Balluku visited on Monday, together with the American Ambassador Yuri Kim, the two floating thermal power plants (TEC) that the KESH Energy Corporation has leased from the American company Excelerate Energy. Both units, as Minister Balluku announced, are expected to be put into operation at the end of this year.

Arrived a few weeks ago, they are currently located in the Petrolifera area, awaiting works for the deepening of the basin in the Triport of Vlora where they will have to be stationed and where the connections with the energy transmission operator will be made, to throw in network production.

The two units, which work with fuel (a type of oil by-product), are expected to generate 114 megawatts, or 867 gigawatts of energy per year, which, as Minister Balluku explained, corresponds to approximately 15 percent of Albania’s needs.

The lease contract has a 2-year term, and the authorities have agreed in principle that at the end of this period, they can buy the two floating TPPs, to use them either as an alternative energy source, or rent them out, depending on the situation. Both units are designed to work with gas. In the area of ​​Vlora, the American company Excelerate Energy and Exxon Mobile are looking at the possibility of a terminal for the import of Liquefied Natural Gas (LNG). In such a case, both floating TPPs could be supplied with gas.

According to calculations, the cost of energy production (depending on the price of oil) is expected to fluctuate between 170 and 200 euros per megawatt/hour. A price that is considered very favorable in the conditions when, according to Minister Balluku, “from all the data we have, the price per megawatt/hour for the year 2023 will be 529 euros on average. So, it is not only the aspect of energy security, but on the other hand we will be able to save almost 60 percent if we were to import this amount”

Their arrival has also been accompanied by controversies from some groups of environmentalists. They have raised the concern of air pollution from burning oil, as well as the danger to marine fauna and flora, due to the seawater used for cooling the plants.

But according to Mrs. Balluku “all parameters, such as environmental and noise parameters, are within the limits, in full compliance not only with our criteria, as signatories to international conventions, but also with those of the World Bank, in terms of emissions from energy production units”.

The minister thanked the American ambassador for her support in establishing the partnership between the Albanian authorities and Excelerate Energy. For her part, Ambassador Kim said that “in the last two months, one of the topics that everyone has been talking about has been the energy challenge that the world is facing. Especially in Europe, we can see what is happening with Russia in Ukraine. We must make sure that American allies in NATO, partners or friends like Albania can diversify their energy sources, so that they are safer, more prosperous and more independent”, declared the American ambassador.

Viral Woman Carrying a Sweep when Disbanding Students About to Brawl: The Power Of Mothers!