How Many Mass Shootings Happened in the US During 2022?

US Navy: Attack on Tankers Related to Israeli Billionaires Carried Out by Iranian Drones 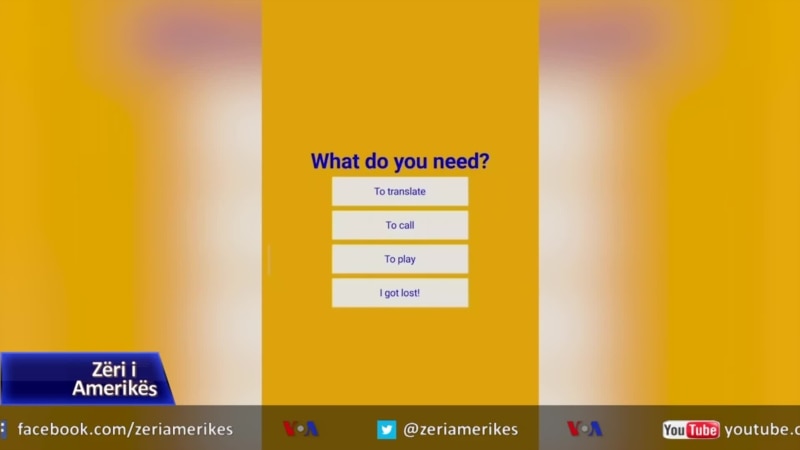 According to the UN, over 2 million children have become refugees as a result of the Russian attack on Ukraine. Some of them, like 11-year-old Hassan Al-Khalaf, only crossed the Ukrainian border into Slovakia.

“The thought that my mother would have liked this gave me strength.”

while preparing to participate in the international technology competition for young girls called Technovation.

His story inspired them to create an app for refugees under the age of 14.

“Welcome to Refee. It’s an app designed to help children who were forced to cross the border without their parents.”

“Our app offers a translation service, geolocation and a call to a dedicated line”says Sofia Tereshchenko.

And the app offers some pre-set sentences that allow young children to communicate big ideas.

“…if we’re talking about a 6-year-old child, he or she may not know how to write a sentence correctly. So we wanted to create a translation service that would be simple to use. The child can simply press a button – and a translation appears”says Anastasiia Demchenko.

So far, the application offers service in several languages.

“Polish, Slovak, German, Hungarian and English. The idea is quite global, so the number of languages ​​will increase in the future.” says Anastasiia Feskova.

Refee can help a child find their location and contact volunteers or the police.

“If a child is lost or in trouble, he or she can press a button and the app will connect them to a hotline where they can get help,” says Anastasia Demchenko.

The creators of the Refee app won the national round of the Technovation competition and reached the semi-finals at the international level.

But their idea had such an impact that even after the competition, the Technovation organization is doing its best to support the three young women.

“I help girls get funds from our network. All three are refugees with very little financial support; they need money to survive, support their families and launch the app.”

The pilot version of the app will be released later this fall.

The girls will then conduct a series of interviews with refugees to see how they can improve the app and hope to start selling it in the US market.

Police in the state of Virginia are investigating a shooting at a Walmart convenience store late Tuesday that left several... How Many Mass Shootings Happened in the US During 2022?

loading...The US recorded more than 600 mass shootings in 2022. Photo/Illustration/Sindonews WASHINGTON - United States of America (US) for the...

US Navy: Attack on Tankers Related to Israeli Billionaires Carried Out by Iranian Drones

The US Navy said investigators had concluded that an Iranian drone was used to bomb an oil tanker linked to... SuaraCianjur.id According to Dr. Zaidul Akbar, there are many alternative ways to deal with esophageal cancer. Some natural ingredients that...