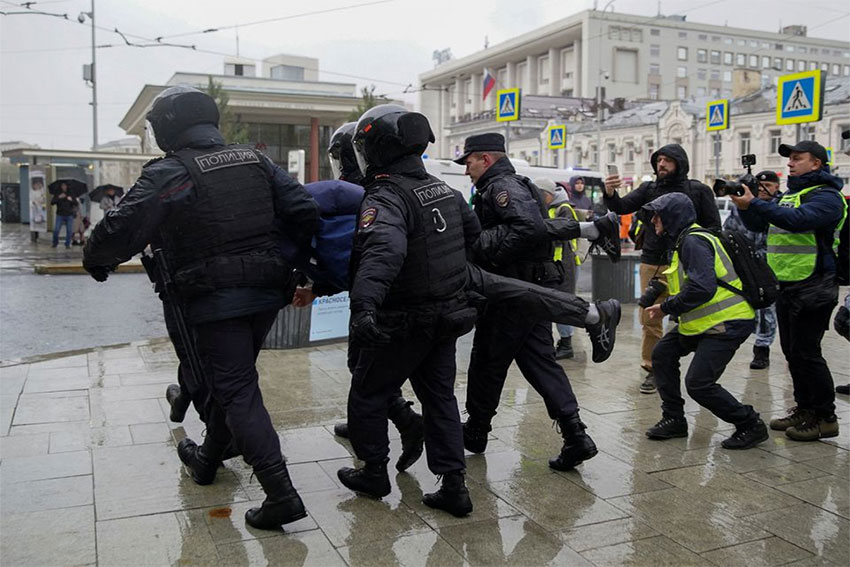 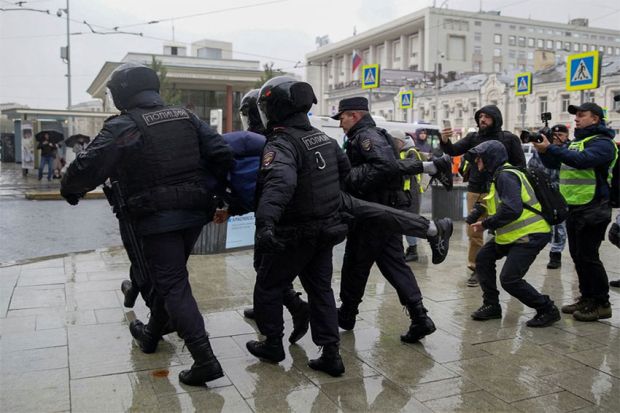 MOSCOW – More than 730 people detained throughout Russia in protest against the mobilization order on Saturday (9/24/2022), a rights group said. Action demonstration continues to happen, three days after the President of Russia, Vladimir Putin ordered limited mobilization.

The independent protest monitoring group OVD-Info said it was aware of detentions in 32 different cities, from St Petersburg to Siberia. Demonstrations without sanctions are illegal under Russian law, which also prohibits any activity deemed to defame the Armed Forces.

Baca: Russia reveals details of the mobilization of reservists that panicked the West

“Do you want to be like me?” reads a placard held by a woman in a wheelchair at a rally in Moscow, as quoted by Reuters. Footage from the same protest shows Russian officers taking men and women into police cars.

Meanwhile, long lines form at the Russian border, as the men try to leave the country because they fear being called upon to fight in Ukraine.

Hours after Putin announced the partial mobilization, Russian citizen Hoelun received a call from his mother to pack his things. Hoelun is from Buryatia, a republic in Siberia in Russia’s far east.

A former soldier, his 29-year-old girlfriend qualifies for recruits and after a short refresher course, is deployed to the front lines in eastern Ukraine. “He [ibu] and my father picked us up, and at midnight we were in the border town of Kyakhta,” he told Al Jazeera from Mongolia.

“The number of cars is still relatively small, a little more than usual. We stood for two hours before they let us into the border zone. Then another three hours while we stood in line. We were asked to get all our stuff out of the car and they checked all the bags,” he explained.

“I feel that the border guards are deliberately working very slowly. My father told them that we were visiting relatives in Mongolia, and the guards didn’t ask any questions. A giant queue has formed behind our car,” he said.

4 Ways to Exfoliate Your Face Correctly for Dry Skin Owners to Make it Glowing, Have you done it?

Can Orgasms Help Increase Your Chances of Getting Pregnant? Check out the Facts Can Orgasms Help Increase Your Chances of Getting Pregnant? Check out the Facts