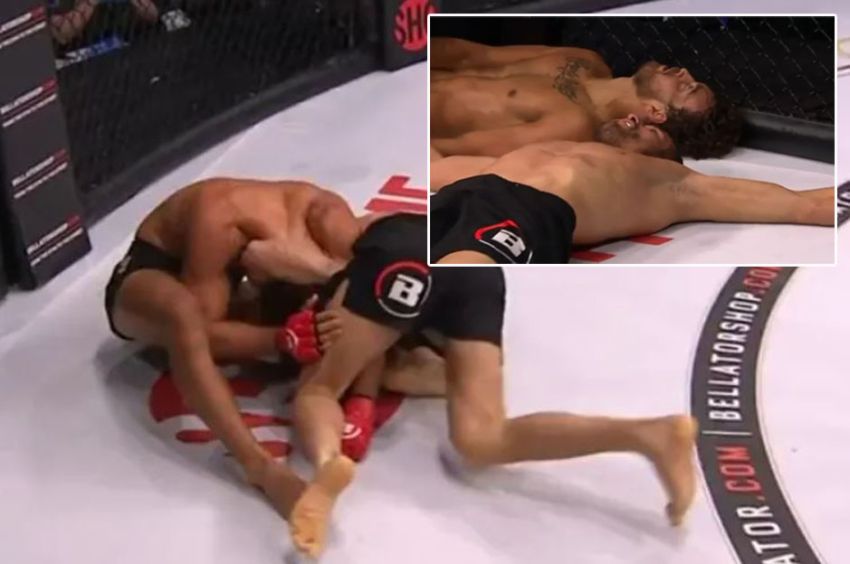 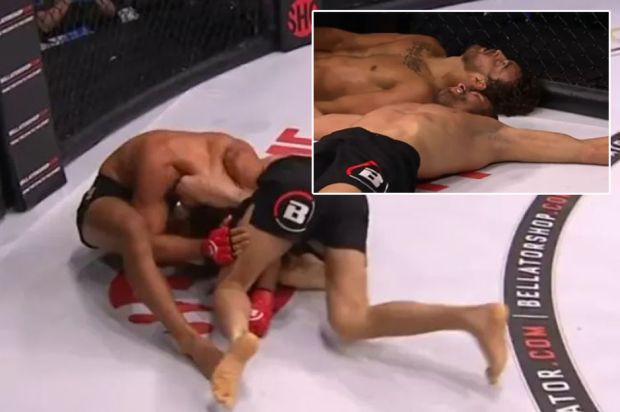 The pair wrestled on the floor but Poclit had the upper hand and locked Dante Schiro’s neck. Poclit somehow locked Schiro’s arm around his own neck and it caused him to give up.

Referee Brian Miner forced Poclit to let go after his opponent was immobilized but some fans felt he waited too long to intervene. Schiro was left lying on his back wide-eyed as the medical team rushed to his aid.

Poclit was also gasping for air after his superb effort at Bellator 258. But he’s already won praise for his fine execution of what was officially announced as a “modified arm lock, now called The Lucanator” – named after Moldova.

Fans went wild watching the fight unfold and were full of praise for Poclit. One wrote: “It was one of the craziest duels I have ever seen.”

Another added: “Such a wild submission. Never seen anything like it in MMA before.”

And a third said: “He was out for 15 seconds before the referee stepped in. Brutal.”

Some also showed concern for Schiro after seeing his legs go limp for about seven seconds before the referee intervened – meaning he may have been cold for some time. But the fighter seemed to have recovered inside the octagon as he sat down on the bench before shaking hands with Poclit.

The cheers of ‘Anies President’ echoed at the PPP DPC Deliberation