Protests continue in Iran, President Raisi says they must be suppressed 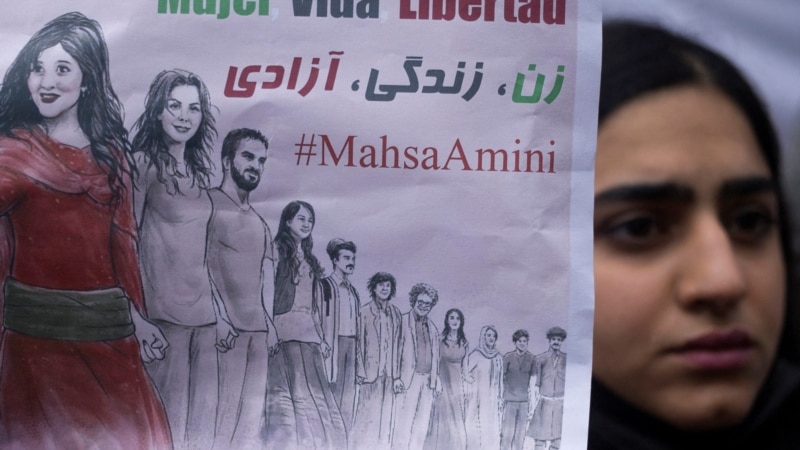 Protests continued overnight in cities across Iran until Saturday in a wave of outrage over the death this month of 22-year-old Mahsa Amini, as the Islamic Republic’s president Ebrahim Raisi said they must be firmly suppressed.

Protests erupted in Iran a week ago at the funeral of a 22-year-old Kurdish woman who died after falling into a coma after being detained by morality police, who said she was not wearing a hijab properly.

Her death reignited anger over Iran’s restrictions on personal freedoms, strict dress codes for women and an economy weakened by sanctions.
Thirty-five people have been killed in the week-long demonstrations, according to Iran’s state television.

State media on Saturday quoted Iranian President Raisi as saying that Iran must “deal decisively with those who oppose the country’s security and tranquility.”
The president “stressed that it was necessary to distinguish between protest and disruption of public order and security and called the events . riots,” according to state media.

Women have played a prominent role in the protests, removing and burning hijabs. Some have cut their hair in public as angry crowds call for the downfall of Supreme Leader Ayatollah Ali Khamenei.

Iranian news agencies reported on Saturday that 739 protesters had been arrested in the northern province of Gilan, on the Caspian Sea.

An activist group’s Twitter account, 1500tasvir, said communication channels and land phone lines with the northwestern town of Oshnavieh and lines had been cut.

Oshnavieh is one of several cities in northwestern Iran, home to most of the country’s 10 million Kurds, that held a rally on Friday. Kurdish human rights group Hengaw posted a video showing protesters controlling parts of the city on Friday.

The protests are the biggest to sweep the country since demonstrations over fuel prices in 2019, when around 1,500 people were killed in a crackdown on protesters. It was the bloodiest confrontation in the history of the Islamic Republic.

Rumors of cheating on Reza Arap are getting hotter, accused of being just a setting