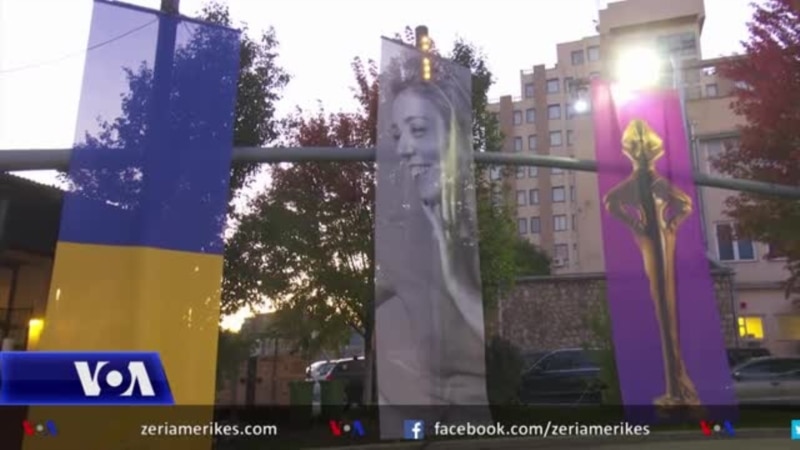 “A day in Ukraine” or in Albanian “A day in Ukraine” is the title of the first film of Ukrainian cinematography which talks about the aggression that Russia launched in March of this year in Ukraine. This film was shown on Friday evening as part of the 14th edition of the international film festival in Pristina – PriFest.

The director of this festival, Fatos Berisha, told the Voice of America that the film is part of the program of the Ukrainian film festival Odesa, which will be shown this year as part of PriFest, due to the impossibility of holding it in Ukraine.

“We have been friends since before and seeing the war in Ukraine it was natural for us to do something for them. Naturally, the need to help them came and we invited them and this is how this whole cooperation started. So the Odesa festival holds a short edition within PriFest and we have titled it “Odesa beyond borders” or “Odesa beyond borders”it is.

Mr. Berisha says that the initiative to invite the Odesa festival to Prishtina was actually the former director’s, and at the same time his ex-wife’s, Vjosa Berisha’s.

“It wasn’t easy to tell the truth, as logistics it was very complicated, they were scattered all over Europe, then it was also a problem to leave Ukraine because you need a special permit, don’t talk about Kosovo with Ukraine they don’t even have bilateral relations. But we also succeeded thanks to the support of the municipality of Pristina, don’t forget to mention it since it has supported this initiative since the first day”he says.

The director of the Odesa festival, Anna Machukh, told VOA that after Pristina, more than 10 other festivals have created space for the display of different programs of the Ukrainian festival. She estimates that the development of cultural events in times of war is challenging but very important.

“Until May I was telling all my friends and people who were asking if the festival would be held in Ukraine that ‘yes we will have the festival as soon as we win.’ But unfortunately we are in the situation where the war continues in Ukraine and it is still impossible to hold international film festivals, to have international guests, so we are developing different parts of the festival program in different countries“, she said.

Of all the places where she has traveled as the head of the Odesa festival, Ms. Machukh singles out Pristina, because of what she says is its similar history to the war in Ukraine.

“During the last few months I have visited many festivals in different countries. But in Kosovo we feel such great support because the people here have gone through a similar situation, they have gone through war, they have felt all that we are feeling now. That is why Kosovo gives us the feeling of returning home even though it is not our home. I hope that next year we will have the opportunity to hold a part of PriFest in Ukraine, and in the meantime I hope that our government will not make any more mistakes but recognize Kosovo’s independence as soon as possible”. she says.

With the motto “For Him”, this year PriFest is dedicated to its late former leader, Vjosa Berisha. During the five days that the festival lasts, about 45 films from the region and the world will be shown, most of which are premiered in Kosovo.

An Indian Woman Was Kidnapped For 36 Days And Gang Raped