The Struggle to Reduce Child Marriage Rates in Cianjur: From Schools, Students, Teachers and Parents This phenomenon eventually led Pocter & Gamble (P&G) and Save the Children to run the ‘We See Equal’ program at SMPN 1 Cibeber, Cianjur, West Java.

This event was held in the form of education and understanding the importance of preventing child marriage, to teachers, parents and students of SMPN 1 Cibeber.

Education is carried out in the form of series, such as online and offline discussion events targeting 100 parents and 30 teachers. The goal is to strengthen their knowledge and commitment to form a good parenting pattern from home.

Furthermore, the highlight of this educational event also targeted 100 students who PNG employees invited to discuss and play educational games, which took place on Friday (23/9/2022) in Cibeber, Cianjur, West Java.

Psychologist and Parenting, Ayank Irma said children aged less than 20 years were considered not to have perfect mature thoughts, so it was difficult to take responsibility for new individuals or children.

“Many young mothers who marry early experience depression, so when they want to save themselves, they think they have children, so their depression gets worse,” Ayank said at a press conference.

Ayank added that because this young mother suffered from severe depression, which eventually affected her family, the mother could also commit crimes or even want to end her life.

“This condition can also be dangerous for children who see the dynamics of their family. So that’s the danger of teenagers marrying at the age of children, there is no readiness,” added Ayank.

NASA's spacecraft, on Monday (26/9), crashed into an asteroid at high speed in an unprecedented test event. The trial step... 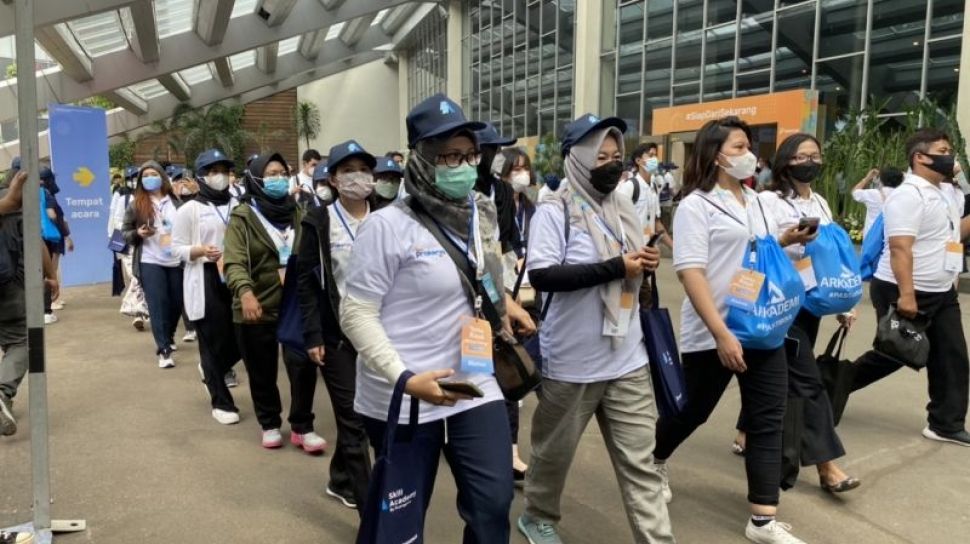 Suara.com - The 46th batch of pre-employment cards will be unlocked soon. The semi-social assistance program for improving worker skills... Depok.suara.com - The viral case of Deputy Chairman of the Depok DPRD H Tajudin Tabri who punished the truck driver...

French President Emmanuel Macron will travel to Washington in early December for the first state visit in US President Joe...