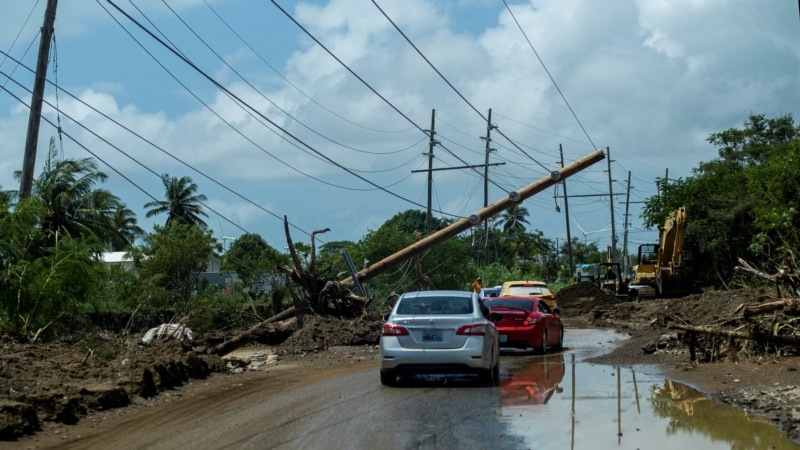 Wind gusts of 160 kilometers per hour and torrential rain hit Bermuda early Friday, leaving thousands of homes without power and raising fears of damage to the coast as Fiona – a strong category 3 hurricane – passed through the Atlantic island.

As of 6 a.m., the center of the storm was about 250 kilometers northwest of the British territory, according to the US National Hurricane Center (NHC). The NHC downgraded Fiona to category 3 on the Saffir-Simpson scale in its latest statement.

On Thursday, with a hurricane warning in effect and the NHC forecasting winds at the center of the storm at more than 200 kilometers per hour – even with higher gusts – Bermudans said they were taking no chances.

“This storm is going to be worse than the last one,” Richard Hartley, a shop owner in the capital, Hamilton, told the news agency AFP.

The windswept due to this storm extended more than 112 kilometers from the eye of the hurricane, while winds caused by tropical storms were up to 321 kilometers, the NHC said. The center of the storm also predicts rain with up to 10 centimeters of rainfall as well as “huge and destructive” waves and storm surge.

This island with a population of about 64 thousand is used to experiencing storms. The island is only 54 square kilometers wide, and is one of the most remote islands in the world, 1,030 kilometers from its nearest neighbor, the USA. This means there is no place to evacuate when a strong storm hits. [uh/ka]

11 Classy Ways to Deal with Cheating Couples, Anti-tired but Successful Makes Him Not Move! 11 Classy Ways to Deal with Cheating Couples, Anti-tired but Successful Makes Him Not Move!