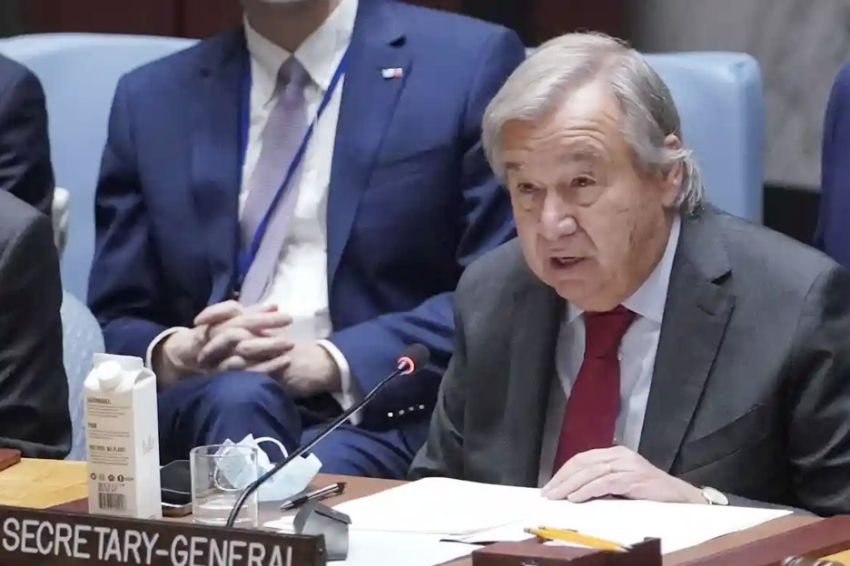 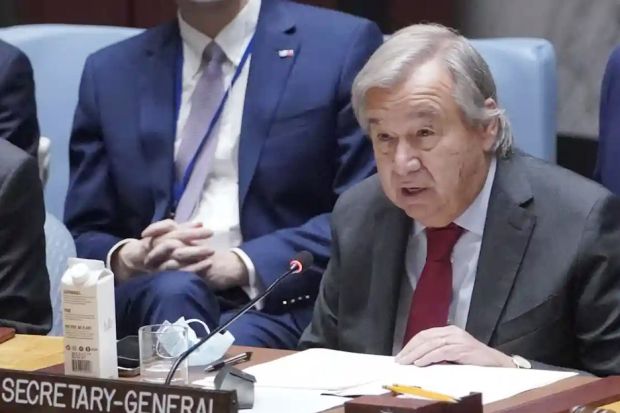 NEW YORK – The Secretary-General of the United Nations, Antonio Guterres, issued a strong rebuke to Russia over the nuclear threat which he called completely unacceptable.

He also denounced Russia’s plans to annex parts of Ukraine as a violation of the UN charter and international law.

Guterres was speaking at the start of a UN Security Council meeting a day after Russian President Vladimir Putin raised the stakes in an invasion of Ukraine, announcing partial mobilization and threatening the use of nuclear weapons “if the territorial integrity of our country is threatened”.

Putin also approved referendums on four Ukrainian territories meant to pave the way for annexation, raising the prospect that he would later regard Ukraine’s operation to retake them as a threat to Russia’s “territorial integrity”.

“The idea of ​​nuclear conflict, once unthinkable, has become a subject of debate. This in itself is completely unacceptable,” Guterres said.

“I am also very concerned about reports of plans to organize a so-called referendum on territories of Ukraine which are not currently under the control of the government,” he said.

Read: What will happen if Putin is desperate to press the button for a nuclear attack?

“Any annexation of one country’s territory by another that results from the threat or use of force is a violation of the UN charter and international law,” he added. The GuardianFriday (23/9/2022).

Guterres also pointed to the success of the UN-brokered Black Sea grains initiative in exporting more than 4.3 million tonnes of food, as a result he said food prices had fallen sharply.

But he said the decline in Russia’s exports of fertilizers and ammonia had caused shortages in West Africa and elsewhere.

It turns out that this is a part of the human body that won’t stop growing throughout the ages, can you guess?

Former VOA Director Confirmed As US Head Of Global Broadcasting Former VOA Director Confirmed As US Head Of Global Broadcasting