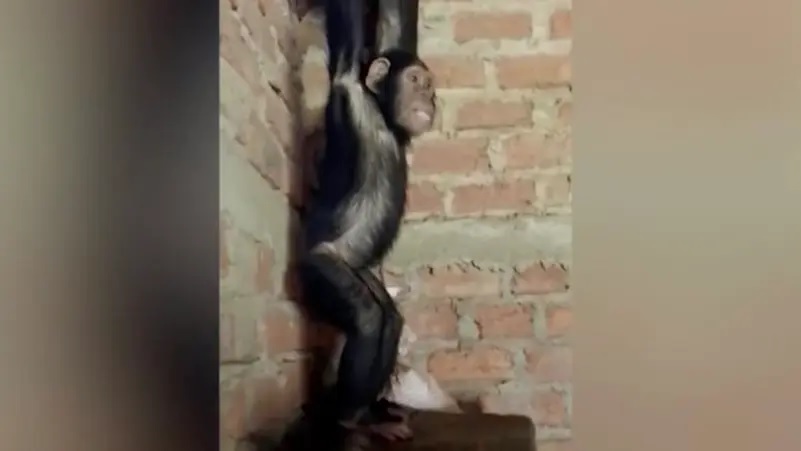 Video circulating on social media shows one of the young chimpanzees, a five-year-old named Monga, with his hands tied above his head in a room. Photo/Twitter

KINSHASA – The kidnapper who took three young chimpanzees from an African nature reserve has submitted a “proof of life” video to support a fantastic ransom demand.

The kidnappers demanded a six-figure ransom. This case is believed to be the first hostage situation involving apes.

“Video circulating on social media shows one of the young chimpanzees, five years old named Monga, with his hands tied above his head in a room,” Britain’s The Times newspaper reported on Friday (23/9/2022).

Two other young chimpanzees, named Hussein and Cesar, were seen running around.

Read also: Russia reveals details of the mobilization of reserve forces that panicked the West

The three chimpanzees, aged between two and five, were abducted in the middle of the night from the JACK Primate Rehabilitation Center nature reserve in the Democratic Republic of Congo earlier this month.

The gang repeatedly sent messages demanding a six-figure ransom and threatened to kill the chimpanzee unless a ransom was paid.

The gang said they would behead the animal and send their heads back to the place if they didn’t get the money. A person's character can be judged in his daily life. With the following test, you can already know a person's... Suara.com - Devina Kirana became the public spotlight, after being accused of being an affair with Rizky Billar. This allegation... Suara.com - The name Intan Sriastuti is currently being discussed by the public. The video of singing because he failed...