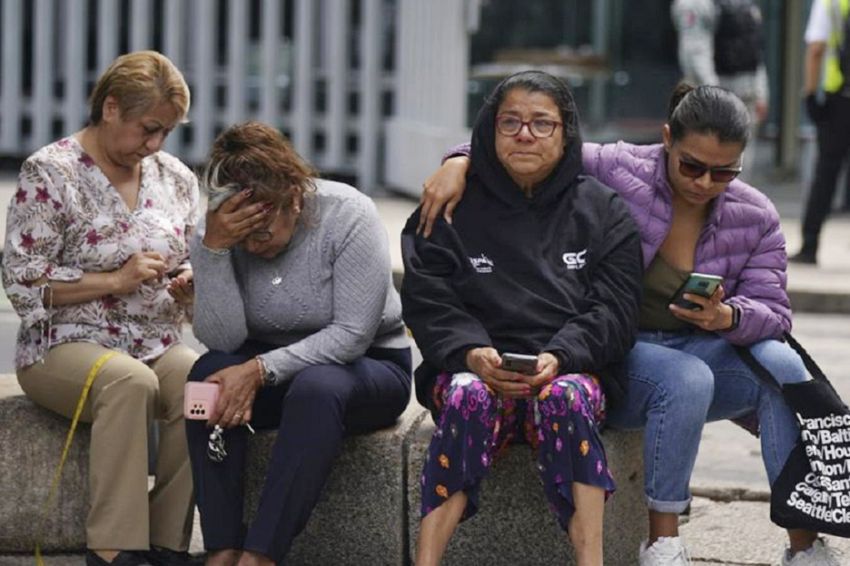 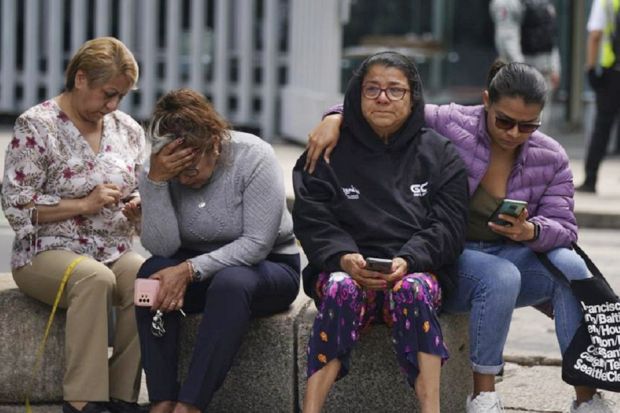 Mexicans gathered outside after an earthquake measuring 7.6 on the Richter scale rocked the country on Monday. Photo/India TV News

MEXICO CITY – When parents of children who died when a school collapsed during the 2017 Mexico earthquake celebrate Mass in their memory, the ground shakes violently again.

“No, not again! Oh my God, not again!” they shouted as a 7.6-magnitude earthquake rocked the capital Mexico City on Monday, killing two people in the Pacific coast state of Colima.

Quoted from NBC News, Wednesday (9/21/2022), recorded that three powerful earthquakes have hit Mexico on September 19 in 1985, 2017 and now 2022. The coincidence has prompted high anxiety for many people. The last two earthquakes also occurred shortly after the annual earthquake drills held every September 19 to commemorate the devastating 1985 earthquake.

Mexico’s national Civil Defense coordinator Laura Velazquez said Tuesday that two of the deaths in Colima were caused by collapsed parts of the building. Ten people were injured, nine in Colima and one in neighboring Michoacan.

“More than 200 buildings were damaged, including dozens of schools and health centers,” he said.

Most of the damage occurred in Pacific countries, close to the epicenter of the Michoacan earthquake.

“About 20 Mexico City buildings were damaged, but it’s small,” he said.

On the morning of September 19, 1985, a magnitude 8.0 earthquake devastated parts of central, southern and western Mexico, leaving about 9,500 people dead.

“It’s really weird, but a lot of people don’t like the day anymore,” said Jorge Ornelas, the call center coordinator. He said many of his acquaintances were starting to worry about the earthquake coming in September.