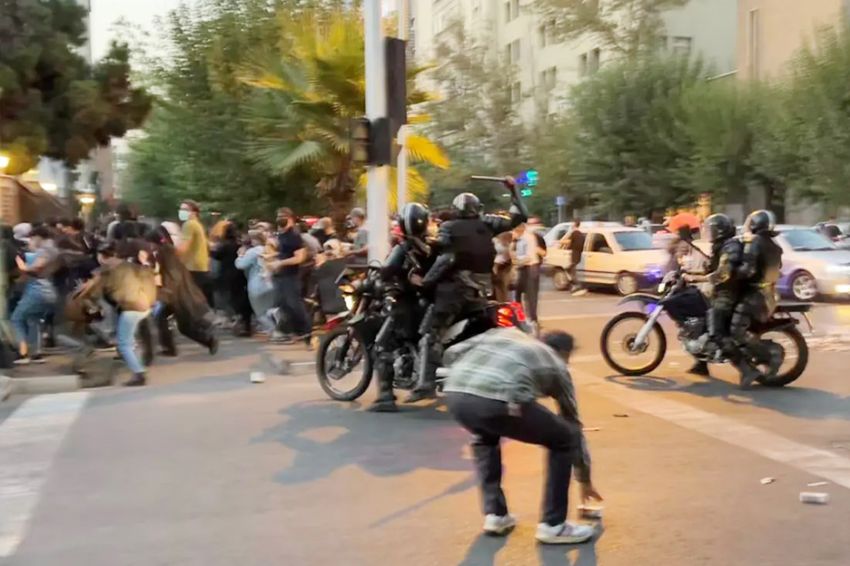 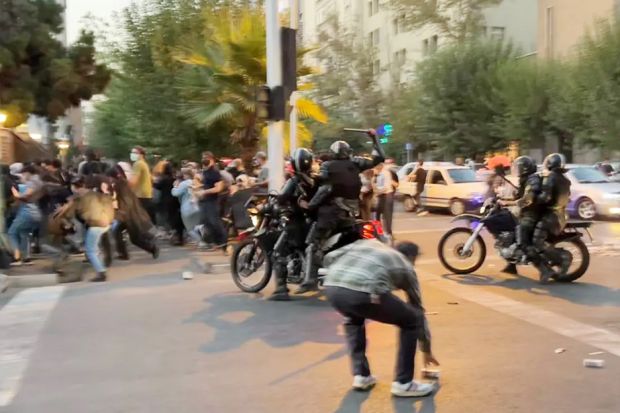 An Iranian police officer (center) raises a baton to disperse demonstrators during a protest for Mahsa Amini in Tehran. Photo/Al Arabiya

TEHERAN – Demonstrations in Iran that were sparked by the death of a young woman in detention took their toll. However, there is a difference in the number of victims between the Iranian authorities and human rights groups.

The governor of Iran’s Kurdistan province confirmed the deaths of 3 people during protests in the region and accused anti-government demonstrators of being responsible for the deaths.

Esmail Zarei-Kousha said three people from different areas of Kurdistan were killed during an “illegal gathering.”

“Investigations have shown that these people were shot and killed by enemies of the regime and with weapons not used by the security forces and military in the province,” he said as quoted by Al Arabiya, Wednesday (21/9/2022).

He did not specify when the death occurred. He also accused opposition groups of trying to kill protesters and blamed the regime.

Meanwhile an Iranian Kurdish rights group on Monday said at least four people were killed, more than a dozen injured, and a 10-year-old girl was in critical condition after being shot in the head by security forces.

“In Divandarreh, also in Kurdistan province, where violent clashes erupted between protesters and security forces earlier on Monday, at least two residents died after being taken to Kosar Hospital in Sanandaj and 15 others were injured,” Hengaw said.

The rights group also said that a 10-year-old girl was in critical condition after being shot in the head in Not, a city in West Azerbaijan province.