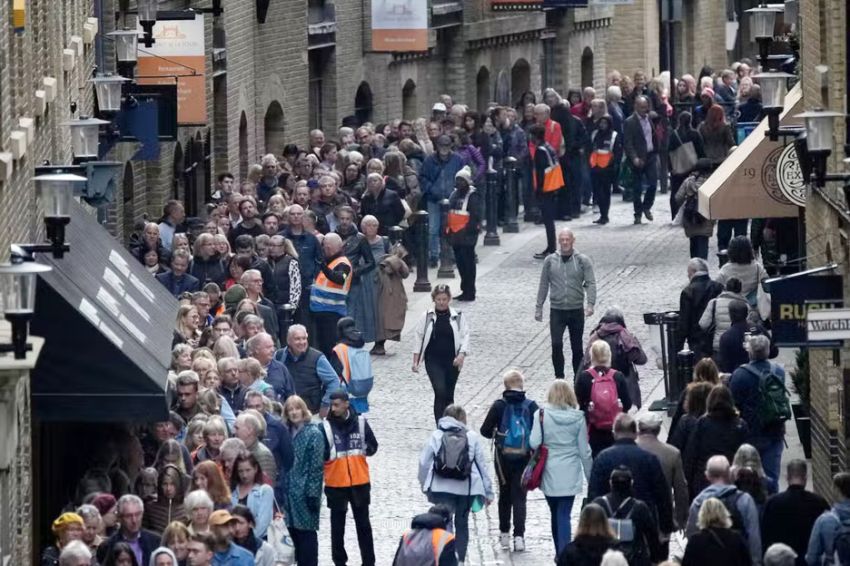 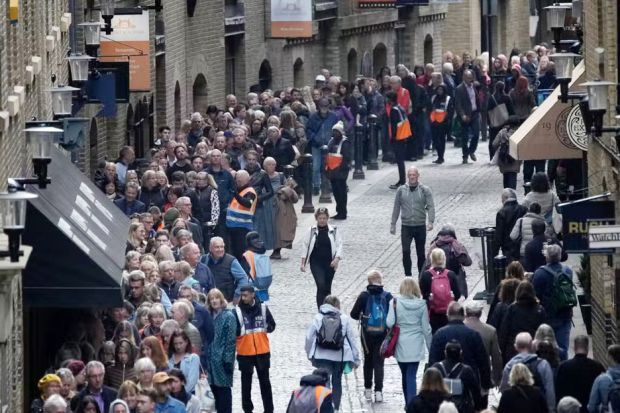 Bursting, the queue of mourners for Queen Elizabeth II was temporarily suspended. Photo/Independent

LONDON – Queues of mourners wishing to pay their respects to Queen Elizabeth II were forced to stop temporarily, at least up to six hours after reaching the designated capacity.

The Department of Digital, Culture, Media and Sport (DCMS) said Southwark Park, which marks the end of the queue to see Queen Elizabeth II lying in Westminster Hall, was at full capacity.

“We apologize for this inconvenience. Please don’t try to join the queue until it reopens,” the DCMS appealed as quoted from IndependentFriday (16/9/2022).

In its latest update, DCMS said mourners would have to wait at least 14 hours to enter Westminster Hall as the queue stretched for 4.9 miles.

People continue to enter Southwark Park to queue to see Queen Elizabeth II’s body lying at Westminster Hall despite government instructions that entry to the trail has been suspended until at least 4pm local time on Friday.

A queue officer told the PA news agency that they had not received any instructions to close the gates and stop more people from joining the queue.

Hundreds of people continue to line up through the gates to the park.

The update comes as Transport for London (TfL) announced most three central London Tube stations would be closed on Monday morning or the day of Queen Elizabeth II’s funeral at Westminster Abbey to avoid overcrowding.

TfL announced that passengers will be prohibited from starting or ending journeys at Westminster, St James’s Park and Hyde Park Corner stations.