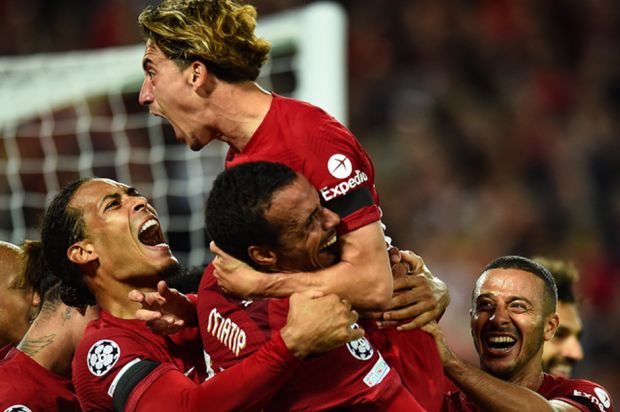 LIVERPOOL – Liverpool gain a dramatic victory over ajax Amsterdam in the second game Liga Champions 2022/2023 at Anfield, Wednesday (14/9/2022) early morning WIB. The Reds coach Juergen Klopp was delighted that his team’s performance had improved after being beaten by Napoli in the previous match.

Liverpool had difficulty conquering the Dutch representative. Equally strong by goals from Mohamed Salah in the 17th minute and Mohammed Kudus (27′), Liverpool sealed the victory through Joel Matip’s goal (89′).

According to Klopp, his troops performed much better than when they lost 1-4 to Napoli.

“Unlike against Napoli, the sport is the same, but everything is different, different starting minutes, different mid-game, different finishes, different way of defending, higher intensity, more aggressive, more daring, more prepared,” Klopp was quoted as saying on the official website. club, Wednesday (14/9/2022).

“How do I say it? Everything is better, this is the first step, we played a very good game, against a strong team full of confidence, but we created problems for them.

But Klopp still gave notes to his team. The 55-year-old coach said that his team’s pressing was a bit slack after winning through Salah’s opener in the first half.

That’s what caused Liverpool to concede Ajax’s equalizer. But he still appreciates his team who managed to make it difficult for Ajax to maintain a draw score, until finally Matip’s goal came as a differentiator.

“In the first half I told the players that after the goal our pressing was not as convincing as before, it made a big difference, that’s what we tried to do again in the second half.

“We have to keep playing football because Ajax struggle to defend against us, they have to work hard, you could see it after the break, so they acted a little bit aggressively.”