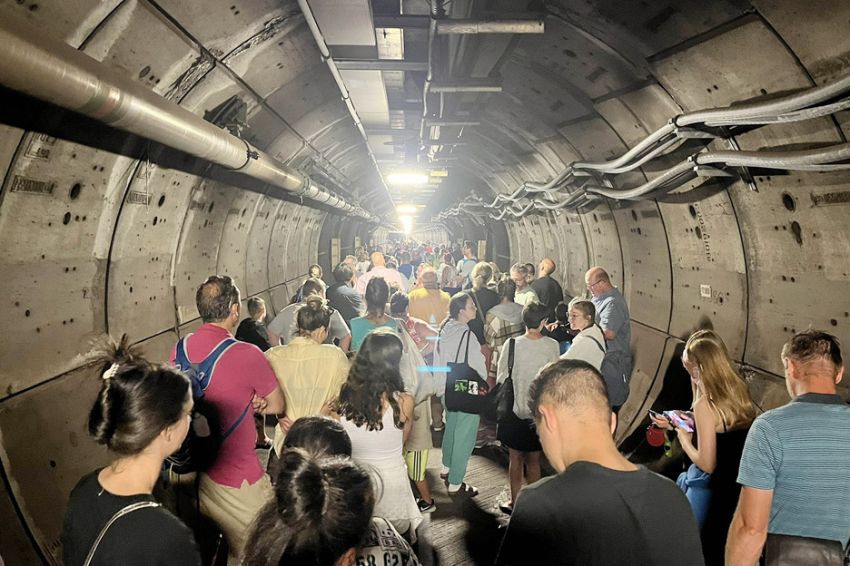 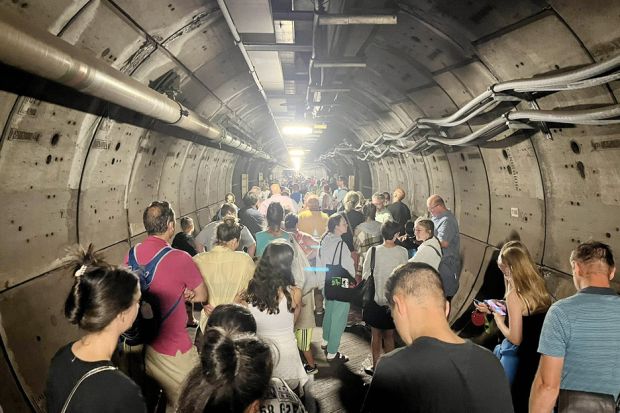 Gangsters in Surabaya are troubling, residents are asked to contact Call Center 112

Hundreds of people were evacuated from the subway tunnel. Photo/CNN

LONDON – Hundreds of passengers were evacuated from a Eurotunnel train under a channel between Britain and France after experiencing technical problems on Tuesday.

Getlink, the operator that runs the rail link between Coquelles in northern France and Folkestone in southeast England, said around 400 people had to leave their vehicles on the trains.

Alarms aboard the train forced crowds of people to leave the train for an adjoining concrete tunnel, usually used by maintenance workers.

“There was one woman crying in the tunnel, another woman having a panic attack traveling alone,” she said CBS NewsThursday (25/8/2022).

Also read: The European Union Hits The Worst Drought in 500 Years, The Impact Is Worrying

Another traveler, Michael Kent, said passengers spent several hours on the train before being evacuated as staff tried to solve the problem.

Another passenger, Michael Harrison, tweeted photos of the entire event, showing passengers waiting for hours inside the sprawling train and then walking through a service tunnel before finally being taken by bus back to the terminal.

The passengers were eventually transferred to a replacement train, but spent nearly five hours in the underwater tunnel.

The incident affected a train that departed from Calais at 3:50 p.m. local time on Tuesday. Then the train from France was delayed by up to six hours.

Profile of (G)I-DLE, Idol who will soon have a concert in Jakarta Ratu Rizky Nabila admits that her marriage to a Libyan man, Ibrahim Alhami, has ended. It is known that the... Gangsters in Surabaya are troubling, residents are asked to contact Call Center 112

Gangsters in Surabaya are increasingly troubling residents. The Surabaya City Satpol PP has now recorded in detail a number of...

The Center for Volcanology and Geological Hazard Mitigation (PVMBG) raised the status of Mount Semeru in East Java from 'alert'...