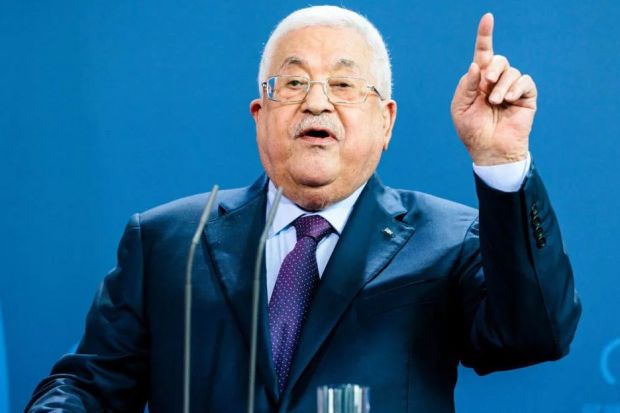 German police launched an investigation into Palestinian President Mahmoud Abbas over his statement that Israel carried out 50 Holocausts against its citizens. Photo/Middle East Eye

BERLIN – Police German opened a preliminary investigation against the President Palestine Mahmoud Abbas on the comments Israel have perpetrated the ’50 Holocausts’ against Palestinians.

Abbas’ remarks came during a press conference in Berlin with German Chancellor Olaf Scholz. Suddenly it sparked anger in Germany, Israel and beyond.

At a press conference on Tuesday, Abbas refused to condemn the deadly attack by Palestinian militants on Israeli athletes at the 1972 Munich Olympics. Instead, he hit back by saying he could point to the “50 Holocausts” by Israel.

Berlin police have now confirmed a report by German newspaper Bild that Abbas is being investigated for possible hate incitement after the force received a formal criminal complaint.

Also read: Called by Abbas to have carried out the Holocaust, Israel is up in blood

Minimize Holocaust is a criminal offense in Germany, but opening a preliminary investigation does not automatically require a full investigation.

The German Foreign Ministry said that Abbas – as a representative of the Palestinian Authority – would enjoy immunity from prosecution because he visited the country in an official capacity. IndependentFriday (19/8/2022).

Germany itself does not recognize the Palestinian Territories as a sovereign state, a position Scholz reaffirmed on Tuesday.

It came after Scholz on Wednesday said he was disgusted by Abbas’s outrageous remarks at a news conference.

He added in a statement on Twitter: “For us Germans in particular, any relativization of the Holocaust singularity is intolerable and unacceptable. I condemn any attempt to deny the crimes of the Holocaust.”

Is there an age limit for a woman to get pregnant? Check out the facts here Beauties!

Putri Candrawati is a suspect, charged with premeditated murder

Putri Candrawati is a suspect, charged with premeditated murder