A powerful trick to get rid of ants in a sugar jar, using kitchen spices

Newsdelivers.com – Sugar is one of the most important ingredients in the kitchen. The reason is, sugar is very useful for balancing the taste in cooking, especially in dishes with a taste that tends to be sweet, such as various cakes, puddings, ice cream. In addition, sugar is also often relied on as an additional ingredient in drinks to make it taste better.

It’s no wonder that sugar is one of the foodstuffs that are always stocked in large quantities at home. To make it easier to use at any time, generally sugar is put in a jar and placed in an easily accessible part of the kitchen.

Even though it has been stored in a jar, it does not mean that sugar can be avoided from problems, especially avoiding the presence of ants. As is known, ants are known as animals that like sweet food. Therefore, it is not surprising that sometimes sugar that is in the open is very easy to bring in ants.

Basically, it is not difficult to anticipate the presence of ants around the food storage area. Some people usually rely on special chalk to repel insects and ants can go away on their own. But what happens if the sugar stock is in a jar that is surrounded by many ants?

Moreover, when the ants have mixed with sugar and have the potential to affect the taste if used for cooking. The sugar becomes unfit for consumption and can be wasted. But problems like this basically have a powerful solution, you know.

If faced with this phenomenon, do not rush to throw the sugar in the jar. There are tricks that can be practiced to get rid of ants effectively without being complicated. You only need to prepare a few types of spices that are commonly used for cooking.

This method was shared by the owner of the TikTok/@ningmariana04 account. Reported BrilioFood on Friday (19/8), just prepare a piece of cinnamon, one flower of Lawang or deaf, and one cardamom. These spices can be effective in getting rid of ants naturally, you know.

Spices such as cinnamon, star anise, and cardamom tend to have a strong, pungent aroma. The smell is actually not liked by the ants. So if it is placed in a jar of sugar with ants, then the ants will go away by themselves.

Well, after 4 hours, it looks like the sugar jar is clean and there are no ants in it. If the sugar jar has been confirmed to be clean of ants, immediately close the sugar jar again tightly so that the ants do not get back into the jar.

As for prevention efforts, you can also apply cinnamon powder on the edges of the mouth of the sugar jar and other gaps that can be used as places for ants to enter. The cinnamon aroma can prevent ants from entering and contaminating the sugar stock in the kitchen.

The video, which has been watched more than 2 million times, has also attracted the attention of netizens. Some even give another trick when trying to get rid of ants in a sugar jar. In addition to using spices, you can also put the jar on the gas stove. The heat on the stove can repel ants by itself.

“If there are a lot of ants in the sugar, just put it on the gas stove, Alhamdulillah, the ants will disappear by themselves..” jelas TikTok/@khairunnisadamanik11.

In addition to this method, some netizens also admitted that they just found out and were grateful for getting new knowledge to get rid of ants in sugar jars. But there are also those who claim to have thrown away the sugar which has been infested with ants.

how I drive away ants in granulated sugar

“Gosh, I just found out, all this time where I made sugar there was a container with water so that the ants disappeared,” said TikTok/@gerda_25091995.

“Yesterday a kilo of my sugar was thrown away because it was STILL IN THE PLASTIC. When I opened it, there were so many I was amused myself,” kata akun TikTok/@rahmaemmareal. 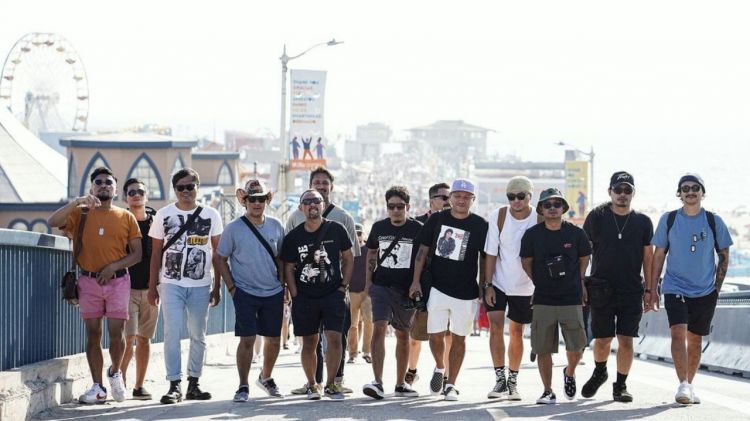