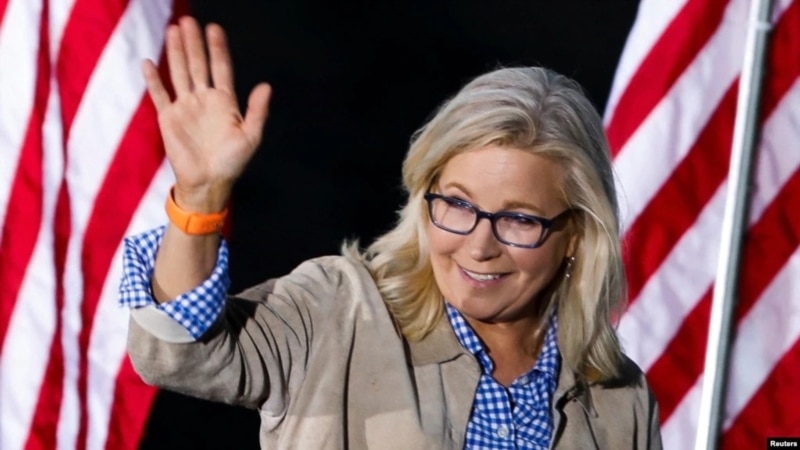 Lawmaker Liz Cheney, Donald Trump’s fiercest Republican opponent in Congress, was defeated in the party’s primary on Tuesday by a little-known rival, but supported by the former president. Lawmaker Cheney, who played a prominent role in the investigation into the Jan. 6 attack on Congress, appears to have ended her political career, at least for now, as she considers entering the presidential race. of the year 2024.

Former President Trump had made defeating Ms. Cheney his primary objective since she joined nine other House Republicans in voting to impeach her for inciting the Jan. 6, 2021, attack on Congress.

Mrs. Cheney addressed her supporters, calling the loss in the race the start of a new chapter in her political career.

“We must be very clear about the threat we face and what we must do to defeat it. I’ve said since January 6th that I will do whatever it takes to ensure that Donald Trump is never near the Oval Office again – trust me.”

In conceding the loss of the race, Ms Cheney said she was not willing to “accept President Trump’s lie about the 2020 election” to win the primary.

“Victory would require me to support his continued efforts to corrupt our democratic system and attack the foundations of our republic. That was a path I could not and would not take.”

In her victory speech, candidate Harriet Hageman thanked former President Trump for his support of her campaign.

“I did not achieve the victory alone. Of course, we are all very grateful to President Trump, who knows that Wyoming only has one representative in Congress and we have to make this place count.” said congressional candidate Harriet Hagerman.

“Liz Cheney should be ashamed of herself, for the way she acted, for her despicable words and actions towards others,” Mr Trump said in a post on his social media platform Truth. as Mrs. Cheney conceded defeat.

Lawmaker Cheney is already looking ahead to a political future beyond Congress that could include a presidential run in 2024, potentially setting her on another collision course with Mr. Trump.

In another race, Sen. Lisa Murkowski, another Republican challenging the former president, overcame a hurdle in her home state of Alaska. She will face former President Trump-backed challenger Kelly Tshibaka in the Nov. 8 congressional election, as both candidates advanced in the state’s nonpartisan primary.

Also in Alaska, Sarah Palin, the former governor and 2008 vice presidential candidate who has been endorsed by Mr. Trump, faced Republican Nick Begich III and Democrat Mary Peltola. The winner will be announced on August 31.

The winner of that race will finish the term of state legislator Don Young, who died in March.