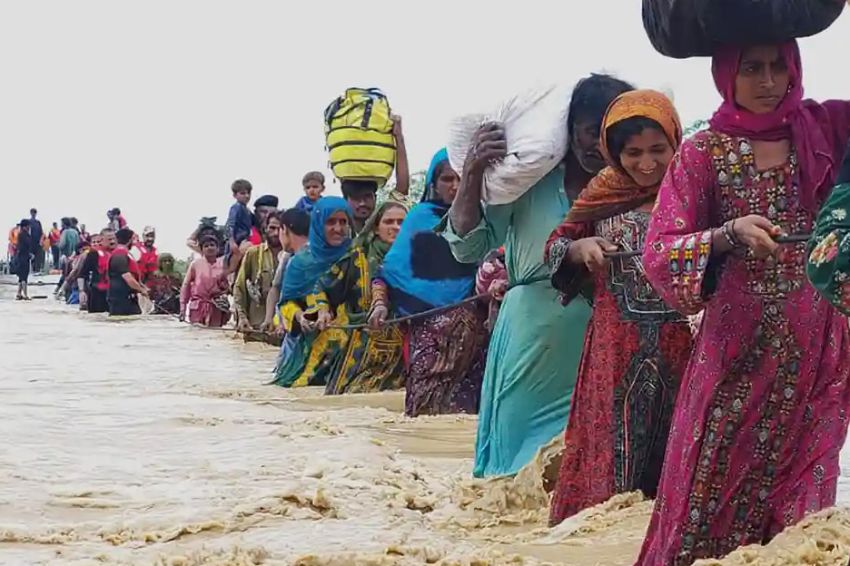 ISLAMABAD – More than 580 people died and thousands of people lost their homes all over Pakistan moment heavy rain flooded the country.

An estimated 1 million people have been affected by the heavy rains, Flash floods and landslide since July when Pakistan experienced more than 60% of its total normal monsoon rainfall in three weeks.

The provinces of Balochistan, Khyber Pakhtunkhwa and Sindh were the worst-affected regions, with heavy rainfall predicted across Pakistan through Friday. At least one person died in Karachi on Tuesday as non-stop rains hit Pakistan’s biggest city for the second day in a row.

More than 40 people have died in Karachi due to heavy rains since July.

About 200 people died in Balochistan – Pakistan’s largest and poorest province – which suffered its worst flooding in more than 30 years. Pakistan’s National Disaster Management Authority said the province had received 305% more rain than the annual average.

Eighteen of the 26 districts in Balochistan have been declared “disaster-affected” by the Provincial Disaster Management Authority. People were forced to leave their homes as crops and livestock were washed away across the province. Hundreds of miles of roads were damaged, rendering the area inaccessible to emergency services.

More than 570 schools have been destroyed, and cases of cholera have been reported.

A farm belonging to a resident named Mohammed Safar in Lasbela, Balochistan, is washed away during rains on July 12. It was 9am, and he and his family had to run to higher ground.

“If it flooded another time, we might be washed away like plates in my kitchen. I have lost my house, crops and everything in this flood,” Safar said as quoted from The GuardianWednesday (17/8/2022).

How to Create Anti-Forged Digital Signatures