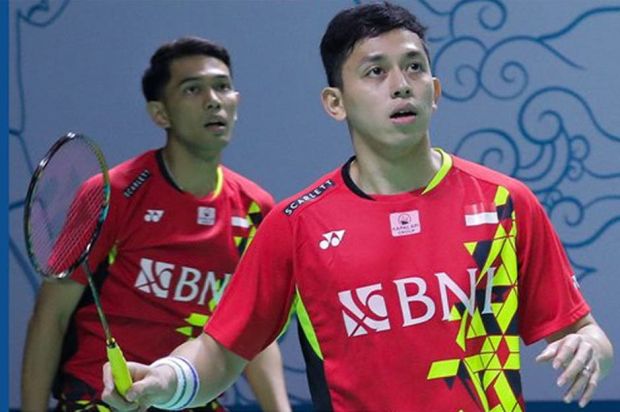 JAKARTA – Indonesian men’s doubles Dawn Alfian / Rian Ardianto be wary of the threat of opponents who are outside the world’s top 10 in 2022 Badminton World Championship . Among them, there are couples who have separated, now they are back together.

Fajar/Rian set the title for the championship at the event held in Tokyo, Japan, 22-28 August 2022. They managed to participate in this event as ranked fifth in the BWF world rankings.

They stated that they did not want to underestimate the opponents who had managed to penetrate this event. Including couples who re-partnered. Because of course their game has changes that are difficult to identify.

“There are also many pairs outside the top 10 (to watch out for). There are many couples that were previously divided but came back again,” said Fajar in a virtual press conference, Monday (15/8/2022).

“For example, Seo Seung Jae and Choi are no longer partners, but are a couple again in this world championship. They should be wary because maybe the pattern of the game has changed somewhat. It’s the same as Goh V/Tan We Kiong who are pairing up again,” he continued.

In line with Fajar, Rian thinks that whoever the player is will give their best in an event of this magnitude. So, there is no reason to underestimate anyone.

“Beyond the top 10… all players, especially in the world championship, of course, all players want to show their best. So we have to be really wary of all couples,” continued Rian.

In this event, the pair who are familiarly called Fajri immediately entered the round of 32 because they received a bye in the previous round. They are waiting for the winner of the match between Hiroki Okamura/Masayuki Onodera (Japan) and Attri Manu/Reddy B. Sumeeth (India).

This is the third time the Indonesia Masters 2022 champion has performed at the World Championships. Their best achievement was in the 2019 edition where they managed to bring home a bronze medal after being defeated by Mohammad Ahsan/Hendra Setiawan in the semifinals.