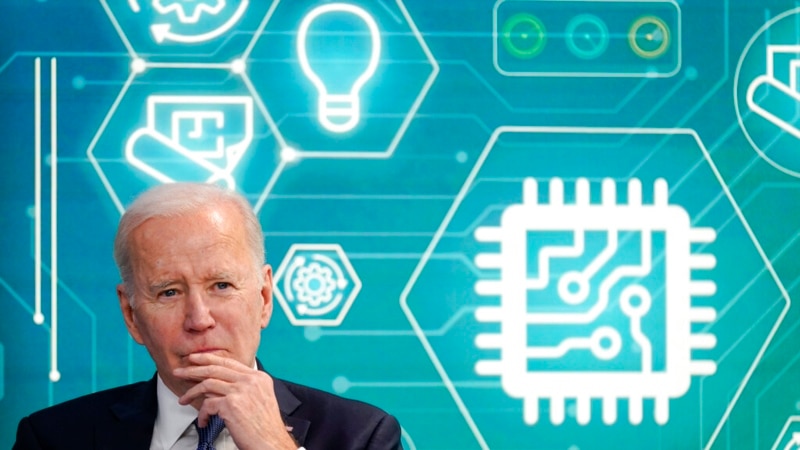 US President Joe Biden signed legislation on Tuesday that provides $52.7 billion in subsidies for semiconductor manufacturing in the United States and to make the country more competitive against China’s scientific and technological research. The White House said the bill’s passage would spur new investment in the microprocessor field. The following material from the microprocessor manufacturing plant in New York, “Global Foundries” brings details of the production that takes place there and the importance that the new American law has for this industry.

The White House announced that California-based Qualcomm agreed on Monday to buy an additional $4.2 billion worth of microprocessors from GlobalFoundries in New York.

This increases the total purchases to 7.4 billion dollars, this contract will be realized until 2028.

“In the 1990s, the US produced 37 percent of the world’s microprocessors. Today, this figure has dropped to 12 percent. That’s what the microprocessor law should do, reduce global competition, bring manufacturing back to the US. “GlobalFoundries”, after the funds from the new law, will increase the production of microprocessors in the USA”, says GlobalFoundries CEO Tom Caulfield.

The White House also said that the American company, “Micron” has announced an investment of 40 billion dollars in the production of microprocessors for data storage, which would increase the share of the American market from 2% to 10%.

The legislation aims to ease ongoing shortages that have affected everything from cars, guns, washing machines and video games.

“There is a lack of everything. We are doing our best to increase production. Moreover, even when we manufacture, we use a lot of special chemicals and gases. Every day we have to make sure we are maintaining the supply lines and logistics needed to keep our factories running.” says Mr. Caulfield further.

The leaders of this factory tell about the long process to get to the semiconductors.

“This is a silicon disk, over 30 centimeters. There are others that are smaller. On its surface, we do our processing. It takes 90 days to create the semiconductors we sell. + (other statement) On this particular drive we produce 500 to 600 different microprocessors. If the project has fewer features, up to 15,000 microprocessors come out of here.” explains Mr. Caulfield.

Production manager Christopher Belfi talks about the most important part of the production.

“One of the most important processes is called photolithography, and just as it sounds, we’re actually printing the physical designs onto the microprocessors, and that includes all of the customer’s intellectual property, while the process dictates the capability and functionality of the microprocessor,” says the production manager at “GlobaFoundries”, Christopher Belfi.

Many US lawmakers have said they would not normally support large subsidies for private businesses, but noted that China and the European Union have already given billions of dollars in stimulus to their microprocessor companies.

China has lobbied against the semiconductor bill. The Chinese embassy in Washington said China “strongly opposes” it, saying it is reminiscent of a “Cold War mentality”.

However, the American producers evaluate the new law as necessary and add that the American authorities should now invest in finding new talents for this field.

“The Microprocessor Act improves the playing field so that American products can compete globally. Next we need to create new talent. We must make production, especially the production of microprocessors that are at the core of the world economy, an interesting and important field. I think the attention it’s getting now because of the supply crisis is helping this cause.” says the head of “GlobalFoundries”,

The legislation authorizes $200 billion over the next 10 years to boost US scientific research to fend off competition from China. The US Congress, however, must pass additional legislation to finance these investments.