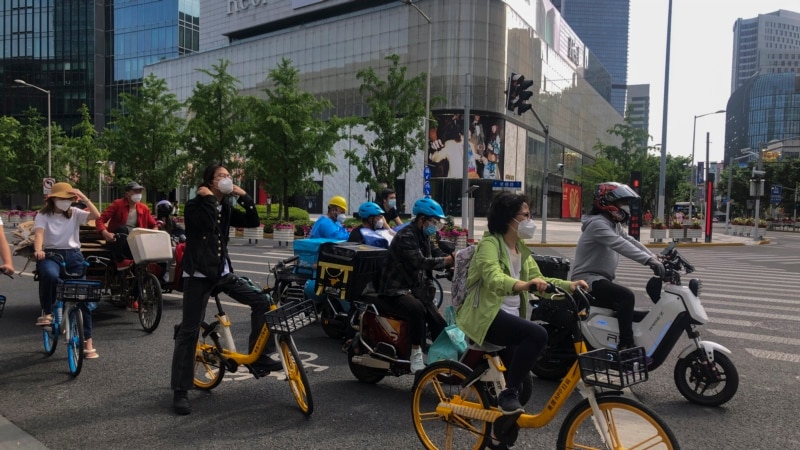 10.8 million Chinese graduates are expected to enter the job market in a weak economy due to the austerity measures against COVID-19. Youth unemployment in China is 20%, 4 times higher than the general rate.

Jobs for young graduates are a top priority for the Chinese government as it tries to maintain stability amid risks facing the economy.

Liu Qian is one of China’s 11 million new graduates desperate to find a job in a bleak market after COVID-19 lockdowns forced factories, restaurants and other businesses to close.

Those that survived are cutting jobs and wages.

“From the moment I started looking for a job, I felt like my future crumbled and I don’t know if I can put my life on the line anymore.” says Liu Qian.

According to Liepin, a job market platform, the average graduate last year was paid 9,800 yuan or $1,500 a month.

China’s job shortage is similar to the struggle of young people around the world to find work in depressed economies, but is particularly politically sensitive in a year when President Xi Jinping is expected to try to extend his time in power. .

Repeated lockdowns that shut down factories and offices in Shanghai and other industrial centers for weeks have damaged the traditional labor market, said Zhang Chenggang, a professor at Beijing University of Economics and Business.

Graduates often come from urban families who are the biggest beneficiaries of China’s economic growth, an important source of political support.

Fortunately, a publishing house hired Liu Qian at the end of July, two months after her graduation.

Premier Li Keqiang, the top economic official and No. 2 in the ruling party, said in March that the government hoped to generate 13 million new jobs this year, but did not say how many Chinese could lose their jobs from company closures.

Professor Zhang Chenggang says that the Chinese economy is moving forward, but there is always uncertainty in the market.

“In the future, we will face technological challenges and the challenges of internal and external factors. Labor market uncertainties will continue to exist and even increase. So for university students, the most important thing is the ability to adapt to the environment of uncertainties and to overcome the uncertainties with their skills”.

China’s extremely tough approach to COVID-19 has kept the number of cases low, but the cost of living is rising.

The economy shrank in the April-June quarter as factory activity and consumer spending fell.

The ruling party has no longer mentioned the promise of achieving the official economic growth target of 5.5% this year.