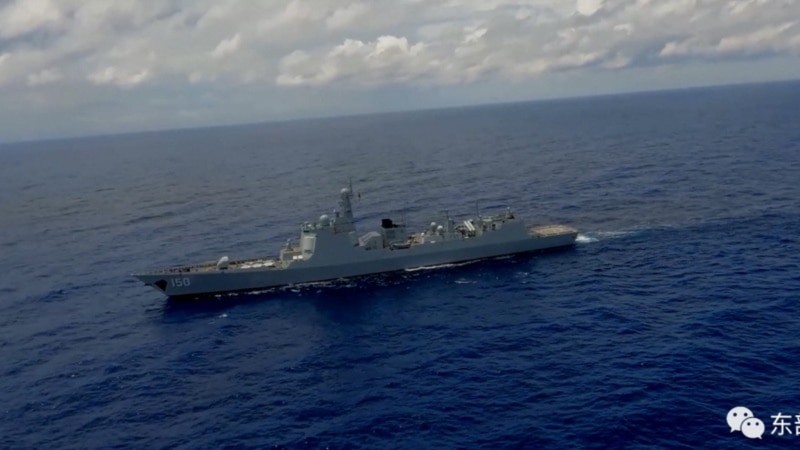 China again threatened on Wednesday that it could use force to bring the self-ruled island of Taiwan under its control.

The lengthy statement by the Taiwan Affairs Office comes as Beijing is conducting military maneuvers near the island that have raised tensions between the two sides to their highest level in years.

The military maneuvers have blocked the movement of goods in one of the most important regions for global trade and have been strongly condemned by the United States, Japan and other countries. The English version of the Chinese document stated that China “will work with the greatest sincerity to achieve reunification through peaceful means, but will not rule out the use of force and reserves the right to use all appropriate means.” This is done to protect against any foreign interference and any separatist activity.” said the statement. It is further added that Beijing “will always be ready to respond with the use of force, or any other necessary means, to intervention by foreign forces, or radical actions by separatist elements. Our goal is peaceful reunification.”

China says its stance was prompted by US House Speaker Nancy Pelosi’s visit to Taiwan. Taiwan says such visits are routine and that China is using it as a pretext for its threats. Taiwan has begun its own military maneuvers to demonstrate its willingness to defend itself against a possible Chinese attack. Taiwan’s Foreign Minister Joseph Wu said yesterday that China’s intention is to control the East and South China Seas through the Taiwan Strait and set up a blockade to prevent the United States and other allies from helping Taiwan in the event of an attack. possible Chinese. China extended the military exercises indefinitely. Although it seems that at the moment they are ending. China’s Ministry of Defense announced that the maneuvers achieved the goal of sending a warning to those who support Taiwan independence and their foreign backers.

Taiwan broke away from China after a civil war in 1949, and the island of 23 million people opposes political union with China, although it prefers to maintain close economic ties with China and maintain its status as it enjoys “de facto” independence.

Washington does not maintain formal diplomatic ties with Taiwan, respecting Beijing’s position, but is legally bound to ensure that the island is able to defend itself and treat all threats against it as a matter of special importance.

This raises the question of whether Washington will send military forces if China attacks Taiwan. President Biden has said several times that the United States is obligated to do so, though his aides have since quickly corrected those comments.

In addition to the geo-political risk, a protracted crisis in the Taiwan Strait, a major route for global trade, would have serious consequences for global supply chains. Taiwan in particular is one of the main suppliers of microprocessors to the global economy, including China’s high-tech sector.