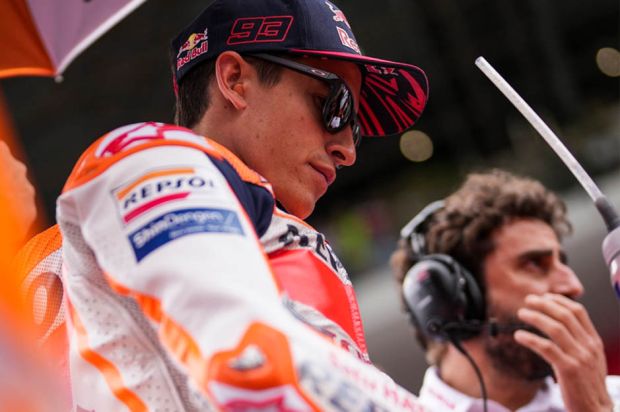 BEER – Repsol Honda has not shown its competitiveness in MotoGP 2022 . The absence of the main racer Marc Marquez made the Japanese factory team slumped to half the series this season.

Marquez has missed several races this season because he had to undergo further surgery on his humerus. Currently, even Marquez is undergoing a recovery process so that he can appear immediately.

After several races without Marquez, Honda is increasingly mired in competition this season. The reason is that Honda cannot optimally develop its motorbike without the presence of Marquez.

The 29-year-old racer also understands the difficult situation Honda is currently facing in order to be able to compete. After his condition got better, Marquez also said he would go to Austria to help Honda in the race at the Red Bull Ring Circuit, August 21, 2022.

Marquez also said that he had to fight hard after suffering a severe injury in 2020 both physically and mentally. Even so, Marquez is now optimistic that his condition will get better.

“This is a struggle, I’ve been fighting for two years. At Jerez I realized that something had to change.”

“It’s tough and difficult now mentally, not because I’m not running, but because you always have this question about your arm. I can’t have surgery anymore. I’m sure it will be a good one.”

US Implements New Strategy for Production of More Monkeypox Vaccines