Archaeological finds reflected in the archeology pavilion in Shkodër 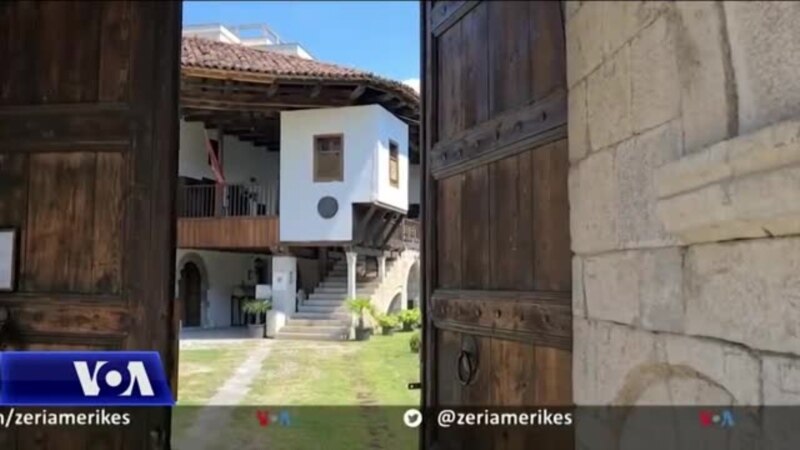 Built in one of the characteristic old houses of the city of Shkodra, that of the popular warrior Oso Kuka, the Historical Museum of Shkodra is attracting many local and foreign visitors in this summer season.

The head of the museum, Amina Gjyrezi, says that one of the pavilions that attracts the most attention of visitors, especially foreign ones, is the archeology pavilion, where numerous objects are exhibited that testify to the life developed in the northern area of ​​Albania, which from antiquity to the medieval period.

“It is the richest fund, because they are objects found over the years in the northern area, that is, not only in the area of ​​Shkodra, but in the entire North of Albania, from the Neolithic to the Middle Ages. The part of numismatics is very important, i.e. all the coins, and the part of the funds brought by the Franciscans and the Jesuits. As we know, the Franciscans and the Jesuits were the first to pave the way for collecting in Shkodër,” she says.

Ms. Gjyrezi says that part of the objects exhibited in the archeology pavilion belong to the research done by the Franciscan and Jesuit priests in the first half of the last century, mainly by Father Zef Valentini and Father Shtjefën Gjeçovi, the latter was among the Albanians the first to start the archaeological research of the Albanian lands.

The collection collected by Shtjefën Gjeçov, known as the “Collection of Shtjefën Gjeçov”, was exhibited for a while in the Franciscan Museum of Shkodra, until 1948, when it was seized by the communist government.

A part of these findings, belonging to the Koman culture, are now kept in the archeology pavilion in the Historical Museum of Shkodra.

“Koman culture is represented by many objects, coins, various vessels and objects that show the life of Koman, but not only. It is a very rich area, where they continue to excavate and find objects that show, more or less, the involvement in a large area of ​​life and of the inhabitants in that area”, says Mrs. Gjyrezi.

Recently, models of three important archaeological sites, that of Koman, Orikum and Apollonia, were presented in the Historical Museum of Shkodra, making them more tangible for visitors.

The archeology pavilion continues to be enriched with new findings from archaeological expeditions in Northern Albania.