After Griner Sentenced to Jail, Russia Ready to Discuss Prisoner Swap with US 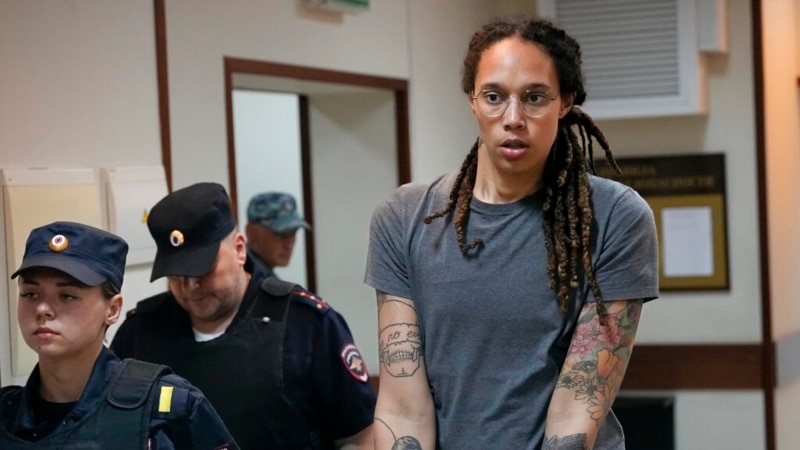 Russia and the United States said Friday they were ready to discuss a prisoner swap, a day after a Russian court sentenced basketball star Brittney Griner to nine years in prison for drug-related offences.

The case of Griner, a member of the basketball team that won two Olympic gold medals and star of the US Women’s National Basketball Association (WNBA), plunged her into a geopolitical maelstrom after Russia sent troops to Ukraine on February 24.

Russian Foreign Minister Sergei Lavrov said President Vladimir Putin and US President Joe Biden had previously agreed on the diplomatic channels that should be used to discuss possible prisoner exchanges. Biden,” Lavrov said during a visit to Cambodia. “If the American side decides to once again use public diplomacy … that’s their business and I’d even say it’s their problem,” he added.

US Secretary of State Antony Blinken said Washington was ready for dialogue with Moscow through established diplomatic channels. He said Griner’s conviction underscores his wrongful detention by Russia and further exacerbates the injustice done to him.

The Kremlin has previously warned the US against using “megaphone diplomacy” in the Griner case, saying this would only thwart efforts to ensure a potential exchange.

Griner’s sentence, which Biden called “unacceptable”, could pave the way for a prisoner swap that would include the 31-year-old athlete and a Russian arms dealer who is serving a 25-year prison sentence in the US.

The US has made what Blinken calls a “substantial offer” to secure American citizens detained in Russia, including Griner and former Marine Paul Whelan.

White House national security spokesman John Kirby said after Griner’s sentencing that the US had made serious proposals to Russia.
“We urge them to accept it,” Kirby said. “They should have accepted it a few weeks ago when we first submitted it.
Kirby gave no further details on the US proposal. [uh/ab]

Defending China, Russia Blames US for Tensions in Taiwan

Be alert, the occupancy rate of Jakarta COVID-19 patients is the highest in Indonesia Be alert, the occupancy rate of Jakarta COVID-19 patients is the highest in Indonesia