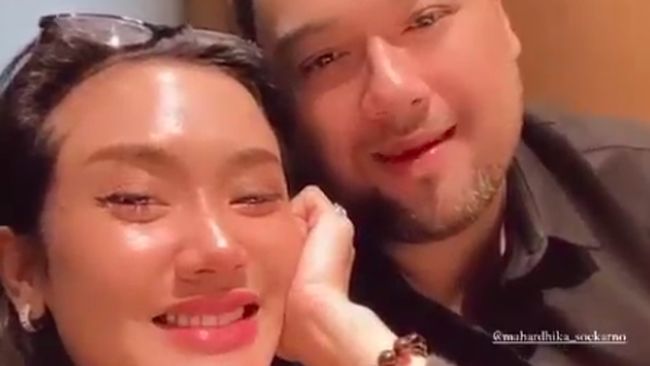 Cita Citata some time ago was in the spotlight after she was accused of being close to Didi Mahardika.

The closeness of the two allegedly occurred when Didi Mahardika was still the husband of Rosmanizar.

However, both Cita Citata and Didi Mahardika denied there was a special relationship between them. Even so, the two often share their moments together.

As is the case, recently Didi Mahardika seemed to share a moment when he accompanied Cita Citata to record her latest song.

“Hello, I love you,” said Didi Mahardika, kissing his lover from behind.

In the comment column, Cita Citata also said that at this time she was determined to wear the hijab.

As is known, previously Cita Citata was accused of being the actor. Cita Citata is said to be close to Didi Mahardika while still having a household relationship with Rosmanizar.

Cita Citata and Didi Mahardika initially denied that their relationship was more than friends. When Didi is known to have divorced Rosmanizar The two often share moments of togetherness.

In fact, both of them are not shy anymore to show off their romance on their respective social media.

North Korea will not tolerate US accusations of nuclear program