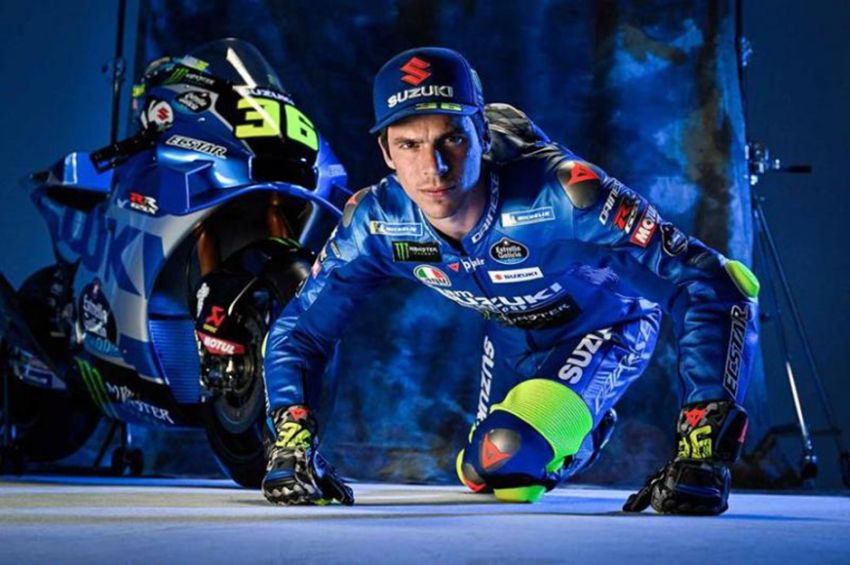 BARCELONA – Joan Mir admits that he lacks experience performing at the Silverstone Circuit. However, he is optimistic that he can get maximum points at the 2022 British MotoGP, this weekend.

“I don’t have much experience at Silverstone, because I only rode a MotoGP bike at this track once, for various reasons such as injury or cancellation,” said Joan Mir quoted from Speedweek, Thursday (4/8/2022).

Joan Mir Of course, he is very enthusiastic about welcoming the second half of the 2022 MotoGP race. Moreover, he is currently no longer single, of course the support from his wife Alejandra Garro Lopez will fuel his enthusiasm to perform even better in the future.

READ ALSO: Andrea Dovizioso Equalizes the Quality of the Manufacturing Team with Satellite

Therefore, he set a big target when appearing at the Silverstone Circuit later. “I want to improve my results from last year, especially because our bike seems to be working very well at this track.”

Mir hopes he and his teammate, Alex Rins can reach the podium. Moreover, they were both in good shape and ready for battle.

“My team-mate (Alex Rins) loves this place, it would be great if we both drove ahead this weekend. I feel refreshed and ready after a long summer break. Here it is,” he said.

READ ALSO: Ahead of the 2022 British MotoGP, Will There Be New Winners?

Meanwhile, Suzuki team manager, Livio Suppo revealed the same thing. According to him, both drivers will do the race with maximum results.

“It was a long summer break, but not bad for everyone to rest. The first part of the season was not easy for us, but we will do our best to get good results in the second half of the season,” concluded Suppo.

This woman is called “mother”, after checking the culprit is not human

This woman is called "mother", after checking the culprit is not human