UN Secretary-General Warns of “Destruction of Humanity by Nuclear Weapons” 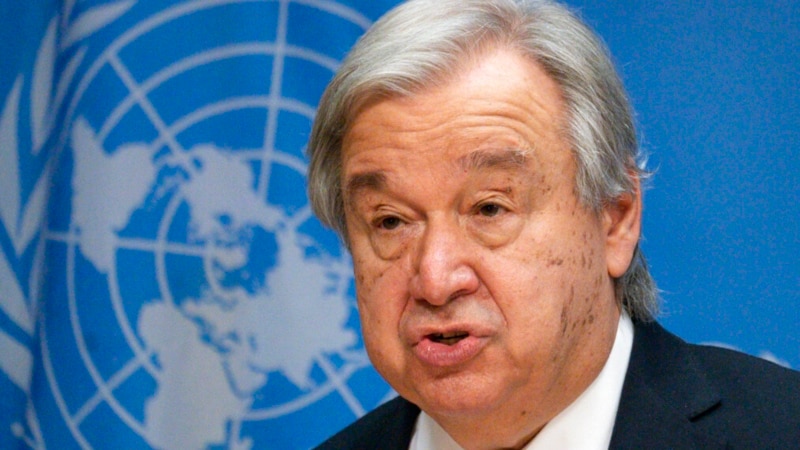 UN Secretary-General Antonio Guterres warned Monday that a single misunderstanding could now trigger the devastation of a nuclear strike, as the US, UK and France urged Russia to stop its “dangerous nuclear behavior and rhetoric.”

At the opening of the main conference of the Nuclear Non-Proliferation Treaty (NPT) in New York, Guterres warned that the world faced “a nuclear threat not seen since the height of the Cold War.”

Alluding to Russia’s war with Ukraine, as well as tensions on the Korean peninsula and the Middle East, Guterres admitted he feared crises “with nuclear overtones” could escalate.

“Today, humanity can face annihilation from nuclear weapons only by a misunderstanding or miscalculation,” Guterres said at the 10th NPT review conference – an international agreement that entered into force in 1970 to prevent the spread of nuclear weapons.

“We’ve been very lucky so far. But luck is neither a strategy nor a shield from geopolitical tensions that escalate into nuclear conflict,” he added, calling on nations to “put humanity on a new path to a world free of nuclear weapons.”

The meeting, which was held at the UN headquarters in New York, has been postponed several times since 2020 due to the COVID-19 pandemic. The conference will be held until August 26.

Guterres said the conference was “an opportunity to strengthen” the agreement and “fits in with the world around us that is worrying.”

“Removing nuclear weapons is the only guarantee that they will never be used,” pleaded Guterres, who said he would visit Hiroshima to attend the anniversary of the August 6, 1945 atomic bombing that the US dropped on the Japanese city.

“Nearly 13,000 nuclear weapons are now stored in arsenals around the world. All of this exists when the risk of proliferation (of nuclear weapons) is growing and the barrier to prevent escalation is weakening,” he added.

Last January, the five permanent members of the UN Security Council – the US, China, Russia, the UK and France – had pledged to prevent the further spread of nuclear weapons.

On Monday, the United States, Britain and France reaffirmed their commitment in a joint statement, saying that “nuclear wars cannot be won and should not be fought.”

The three countries also urged Russia to honor its international commitments under the NPT.

“Following Russia’s war of unwarranted and unlawful aggression against Ukraine, we call on Russia to stop its irresponsible and dangerous nuclear rhetoric and behavior,” a joint statement said.

The remarks came as US President Joe Biden called on Russia and China to engage in nuclear arms control talks.

Biden reiterated in a statement that his administration is ready to “quickly negotiate” a replacement for New START, a treaty limiting intercontinental nuclear power in the United States and Russia, which is due to expire in 2026.

The NPT, which is reviewed by the signatories every five years, aims to prevent the spread of nuclear weapons, promote complete disarmament and promote cooperation in the peaceful use of nuclear energy.

At the 2015 NPT review conference, the parties involved were unable to reach agreement on substantive issues.

“The world can never be safe as long as any country has nuclear weapons,” said Beatrice Fihn, executive director of the International Campaign to Abolish Nuclear Weapons, who attended the conference.

“And the NPT acknowledges this,” he added. “That’s why the deal is there. and now countries and all parties need to act more than before.” [rd/lt]

If an 8.7 Magnitude Megatrust Earthquake and a Tsunami Shake Cilacap, Are the People Ready? Suara.com - Verrell Bramasta recently suffered a dislocated shoulder due to an injury after a boxing match. This condition had...

Some European Union sanctions and price pegs for Russian crude from the G7 countries have already taken effect. However, the... After the New ZS, MG Motor Indonesia will have a new mainstay

Suara.com - Based on data from the Association of Indonesian Automotive Industries (Gaikindo) for wholesales or sales from factories to...