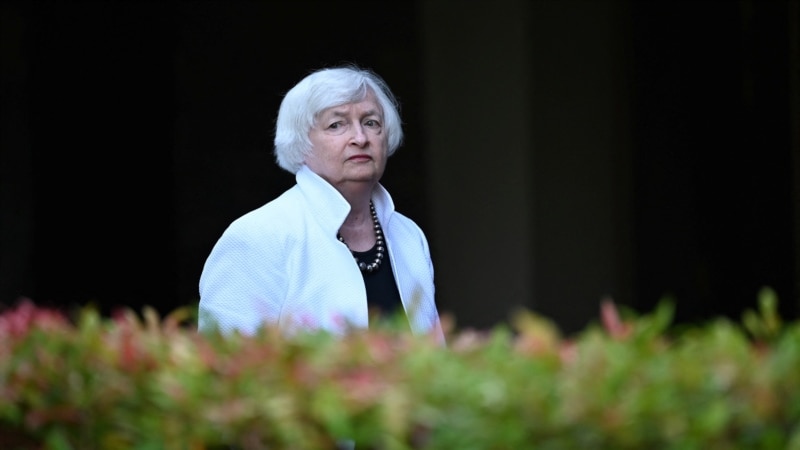 US Treasury Secretary Janet Yellen said the US and South Korea should deepen trade relations between the two countries to avoid cooperating with countries that take advantage of their market positions for unfair advantage. Yellen openly mentioned China’s name in her statement. “We cannot allow countries like China to use their position in the market for raw materials, technology and key products to disrupt our economy or use unwanted geopolitical influence,” Yellen said in remarks prepared to be delivered on Monday (18/7). , according to citations provided by the US Treasury. He is scheduled to deliver the speech at the LG Corp factory. in South Korea. In April, LG announced plans to build a $1.4 billion battery factory in Queen Creek, Arizona. Yellen represented the United States at a meeting of finance ministers from the group of 20 major world economies, the G20, in Bali, Indonesia, and took the time to visit Tokyo, Japan and Seoul, South Korea. He did not visit China, but earlier last month spoke by telephone with China’s vice premier. Yellen has criticized China’s economic relationship with Russia. He urged the Asian superpower to use its “special relationship with Russia” to persuade Moscow to end its invasion of Ukraine. China itself “has devoted considerable resources to becoming the dominant force in the production of certain advanced technologies, including semiconductors, while implementing various unfair trade practices to achieve that position,” Yellen said in the speech. While saying that “China’s unfair practices undermine our national security interests,” Yellen called for countries to engage in “friend-shoring” as a way to minimize economic risks to the countries involved. The term friend-shoring, which Yellen used in several of her speeches, refers to countries with shared values ​​that agree on trade practices that encourage manufacturing and reduce risks to supply chains. The world economy has been torn apart by the effects of the war in Ukraine and the various shutdowns caused by COVID-19. Soaring energy prices and high inflation have spread throughout the world. The scenario took place in Sri Lanka, which is located in the Indo-Pacific region. Sri Lanka is struggling to cope with the worst economic crisis that has befallen it. Yellen is scheduled to make the statements before holding a meeting on Tuesday (19/7) with South Korean President Yoon Suk Yeol, closing his first trip as finance minister to the Indo-Pacific region. [rd/em]

Accident in Cibubur Takes 10 Lives, Two Victims Have Not Been Identified