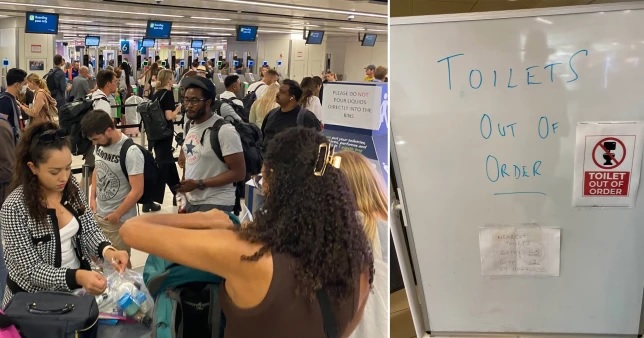 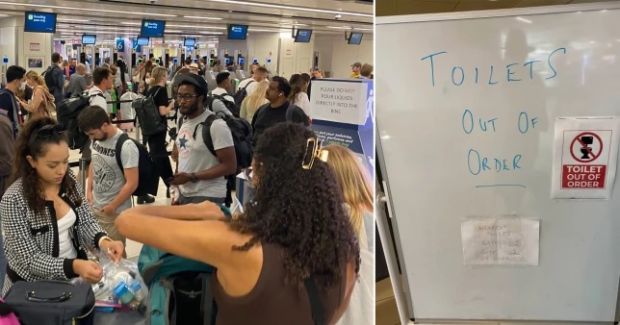 Gatwick airport is chaotic because there is no clean water so the toilets don’t work. Photo/Sussex News

LONDON – Gatwick Airport ran out of water as passengers gathered to fly amid a scorching British heatwave.

Leaking water pipes resulted in low water pressure, with only two toilets reported to function at one terminal.

Some restaurants have not been able to provide food or drinks because SES Water officers are working to solve the problem.

Airport officials have apologized to passengers and distributed bottled water.

About 1,500 homes in the Crawley area were also affected as temperatures soared to 25 degrees Celsius.

Raquel Rodrigues, 49, who was flying to Spain, said she had canceled flights amid staff problems facing British airports and “now there are no toilets”.

“There were only two working in the whole terminal and you can imagine what the queues were like,” said a local resident in Worthing.

“Nobody wants airports to close but there are issues between staff and people trying to travel with young families. Apparently, a water tanker came but it only filled a little,” said a local resident.

6 Types of Food & Drinks That Have a Bad Impact on the Skin, Makes Spotty To Accelerate Aging!