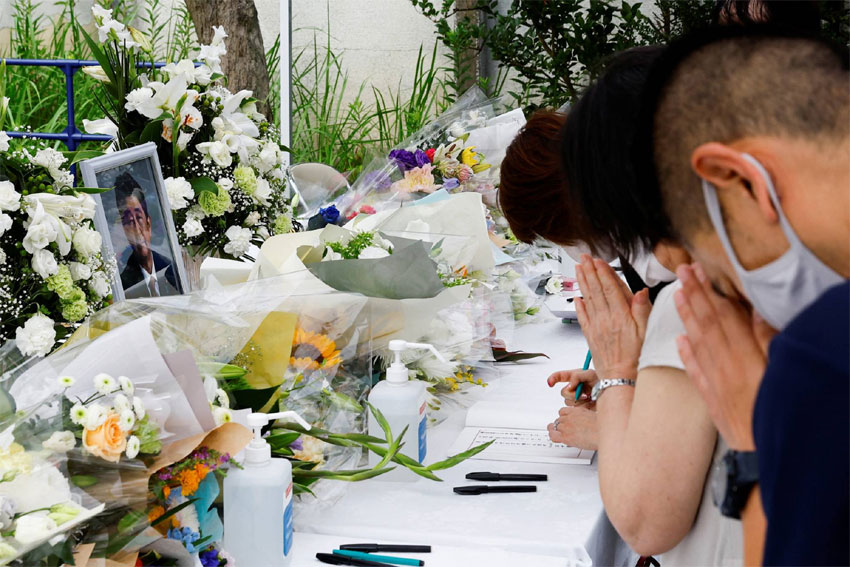 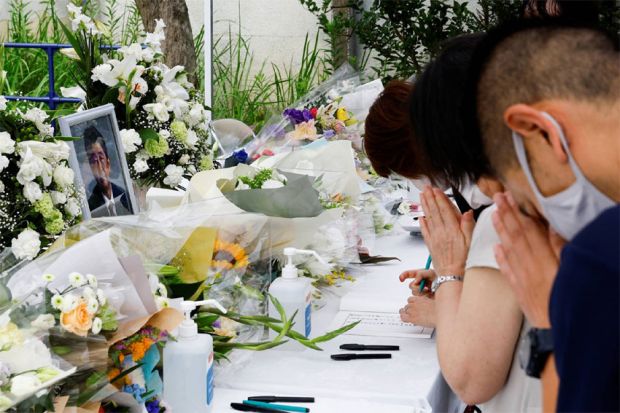 Lai visited Japan in what a Japanese official described as a personal visit to pay his respects as a friend of Abe. It’s a move that has often angered Beijing, which regards democratically-ruled Taiwan as its own territory without state rights.

China’s foreign ministry spokesman, Wang Wenbin, speaking at a regular press conference in Beijing, said Taiwan is part of China and “does not have a so-called vice president”.

“After the assassination of former Japanese Prime Minister Abe, the Taiwanese authorities used the opportunity to engage in political manipulation,” Wang said. “There is no way a plan like this will work,” he continued, as quoted by Reuters.

Taiwan’s official Central News Agency said Lai was the most senior official to visit Japan since Tokyo severed official ties with Taipei in 1972 and established ties with Beijing.

Abe, who was shot dead during last week’s campaign, is a popular figure in Taiwan for his support for the island. Earlier this week, Taiwanese President Tsai Ing-wen visited the Japanese embassy in Taipei to pay his respects.

Lai, a possible future presidential candidate for the next election in 2024, is expected to return to Taiwan on Tuesday, according to the Central News Agency. In the run-up to the election, in which Tsai was unable to run again due to term limits, Lai had taken on an increasingly prominent international role.

In January, Lai visited Taiwan’s diplomatic ally Honduras, passing through the United States there and on his way back, where he held a virtual meeting with US House Speaker Nancy Pelosi.

He also spoke briefly with US Vice President Kamala Harris while in Honduras, a rare meeting that was highly symbolic and sparked anger in Beijing at a time of simmering tensions with Washington.

Even though she is rich, this woman is known to be the most stingy person in the world, even herself!

Mothers’ Response to the MCH Bill, Agrees to 6 Months Maternity Leave But… Mothers' Response to the MCH Bill, Agrees to 6 Months Maternity Leave But...