Migration, Security Enter the Agenda of the Mexican President’s Talks in Washington 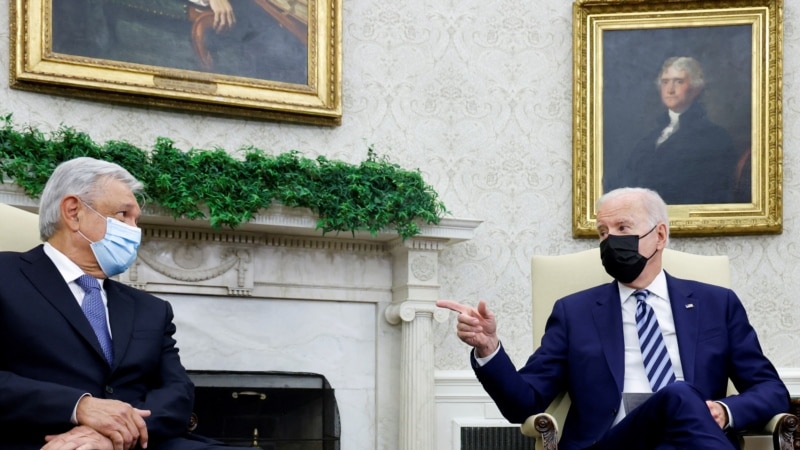 US President Joe Biden is scheduled to receive Mexican President Andrés Manuel López Obrador for talks at the White House on Tuesday (12/7). Migration, security and the economy are on their agenda.

A senior Biden administration official told reporters that the two sides are expected to announce “joint actions to improve border infrastructure that tackles the problem of illegal migration, enhance law enforcement cooperation to stop the flow of fentanyl to both countries and promote clean energy, economic innovation and prosperity.”

The official said the two sides would launch a working group to study “labor migration pathways and worker protection.”

National Security Council Director for the Western Hemisphere Juan González told VOA Monday that the White House is willing to increase the number of visas for temporary workers from Mexico and Central America as needed.

He did not say how many visas might be considered, following Mexico’s Interior Minister Adan Augusto Lopez last month who said Tuesday’s meeting would include an announcement on an offer of an additional 300,000 work visas.

López Obrador told reporters Monday that he and Biden would discuss ways of working together to tackle inflation in Mexico and the US.

He spoke of the importance of labor and increased production, citing an agreement in the 1940s that allowed Mexican workers to get temporary work permits to address a shortage of agricultural labor in the United States.

López Obrador’s visit comes one month after he refused to attend the summit of American nations in Los Angeles. The Mexican leader objected to not inviting leaders from Cuba, Nicaragua and Venezuela to the meeting. [uh/ab]

Regarding Zero ODOL Policy, Truck Driver Asks the Government to Sit Together to Find a Middle Way