For no apparent reason, Zelensky sacks a number of Ukrainian ambassadors 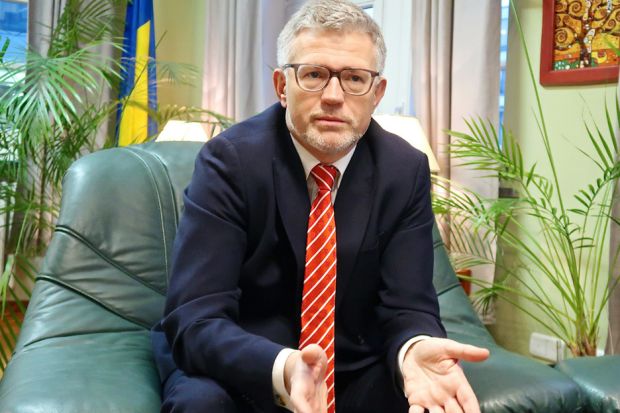 KIEV – President Ukraine Volodymyr Zelensky on Saturday dismissed a number of senior Kiev envoys on duty abroad including Ambassador the country for German . It was published on the website of the Ukrainian presidency.

In a decree giving no reason for the move, Zelensky announced the firing of Ukraine’s ambassadors to Germany, India, the Czech Republic, Norway and Hungary.

It is not known whether the senior diplomats will be given new positions US NewsSunday (10/7/2022).

Zelenskiy has urged his diplomats to rally international support and military aid for Ukraine as it tries to fend off Russia’s February 24 invasion.

Read also: Ukraine has mobilized 1,000 women to fight against Russia

Kiev’s relations with Germany, which depend heavily on Russian energy supplies and are also Europe’s largest economy, are highly sensitive.

Andriy Melnyk, who was appointed by Zelensky’s predecessors as ambassador to Germany in late 2014, is well known among politicians and diplomats in Berlin.

The 46-year-old regularly engages in an outspoken war of words on social media, and has branded politicians and intellectuals who oppose arming Ukraine to fight the Russian invasion a “tranquilizer.”

He once accused German Chancellor Olaf Scholz of behaving like an “offended sausage liver” when Scholz did not immediately accept Zelensky’s invitation to visit Kyiv.

Kiev and Berlin are currently at loggerheads over a German-made turbine undergoing maintenance in Canada. Germany wants Ottawa to return turbines to Russian natural gas giant Gazprom to pump gas to Europe.

But Kiev has urged Canada to keep the turbines, saying their delivery to Russia would be a violation of sanctions imposed on Moscow.

Read also: Revenge, Putin’s allies call for Russia to seize Alaska from the US

So that you don’t get bored, let’s try cooking Korean-style meat for the Eid al-Adha menu!

So that you don't get bored, let's try cooking Korean-style meat for the Eid al-Adha menu!